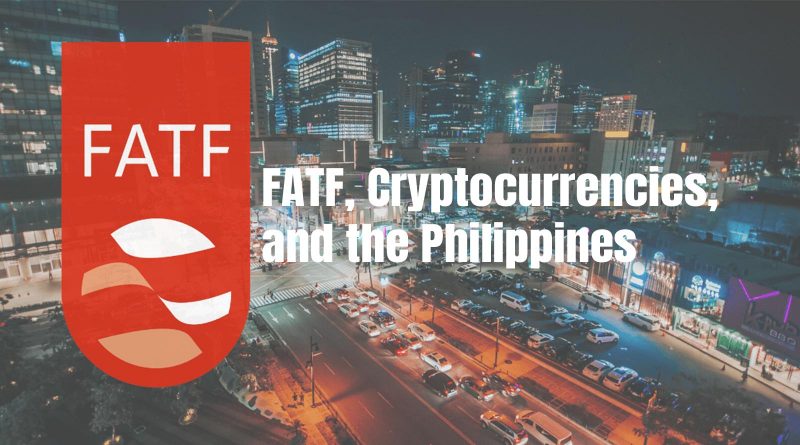 In an earlier article on BitPinas, we briefly looked at the Financial Action Task Force (FATF), the international body tasked to promote measures against money laundering and terrorist financing. With 200+ member countries, the FATF recommends what the countries must do with regards to money laundering and terrorist financing. By the way, these are not just recommendations. It simply must be complied, otherwise there will be consequences. In this article, we’ll expand more on the FATF.

Consider the year 2000, when the FATF blacklisted the Philippines for failing to address money laundering issues. At that time, the FATF said the country lacked basic anti-money laundering regulations and specific legislation to criminalize the activity. When the FATF blacklisted a country, apart of course from the spectacle of being shamed in the international community of countries, any financial transaction going into the country would be scrutinized more by banks, thus foreign companies might be discouraged from doing business here, while companies here would find it hard to do business transactions with foreign partners.

Nevermind that at that time, the country was about to force a president out of office and was in a transitory phase. The peso-dollar exchange rate would eventually rise up to around Php 56.56 four years later. Not to mention that in 2001, after the September 11 attacks in the U.S., global efforts to AML reporting intensified to combat financing of terrorism as well (CFT). It was also in that year when the Philippines passed the Anti-Money Laundering Act of 2001 (AMLA).

So what I’m saying is that the FATF is pretty powerful. And their recommendations have consequences if a country did not comply. Case in point, the Philippines barely escaped being blacklisted again in 2017. However, in more recent news, it appears the country is on the verge of being blacklisted again if certain amendments to the AMLA are not passed.

First published in 1990, the 40 Recommendations are the primary policies of the FATF it tasked its member countries to act upon, through ways like legislation and of course implementation. These recommendations are the global standards in anti-money laundering and they are continually updated to keep up with the changing techniques of criminals and simply to keep up with the times.

In 2018, the FATF updated the recommendations to include cryptocurrencies and cryptocurrency companies within its scope, effectively integrating the entire industry into the global financial system, at least on paper. The countries then have to create their legislation in order to enforce these rules to cryptocurrency companies, or virtual asset service providers (VASPs), a very broad term that includes cryptocurrency exchanges and platforms except non-custodial platforms.

Briefly, the 40 recommendations require the following:

What about the Cryptocurrency Industry?

As for much of the recommendations as well as other finance-related laws, at least here in the Philippines, locally-licensed virtual currency exchanges are following the guidelines from the Bangko Sentral ng Pilipinas (BSP). Circular No. 944 in 2017 established the guidelines for virtual currency exchanges, which include transactional requirements and strict following of the country’s anti-money laundering law. It’s the reason why your go-to local cryptocurrency platform has tiered limits and thresholds in how much you can transact depending on the amount of information about yourself that you submit to them.

Globally, of particular concern is the “Travel Rule”, which is no. 16 in the FATF recommendations. Simply put, it requires that when doing a cryptocurrency transfer, the sender’s personal information, such as his name, should “travel” along with the transaction. Meaning, if Sender from Exchange A sends bitcoin to Receiver in Wallet B, Exchange A must pass along personal information of Sender to Wallet B. More on the subject is explained here.

At the moment, there are companies working on solutions to address the travel rule for cryptocurrency companies. Examples include CipherTrace’s TRISA and openVASP. Another initiative, interVASP, looks into standardizing the payload instructions so that VASPs can better communicate with each other. Finally, solutions like Elliptic, help in making VASPs more compliant with existing anti-money laundering rules.

I recommend the article “What is the FATF Travel Rule” as next the reading material if you find this topic enjoyable. Up next, we will briefly look at the 2020 report from the FATF about potential red flag indicators.

This article is published on BitPinas: The FATF, Cryptocurrencies, and the Philippines

[…] foreign money trade (VCE) tips to make it extra inline with the foundations and proposals of the Financial Action Task Force (FATF), a world anti-money laundering physique. On this new “Pointers for Digital Asset Service […]

[…] asset service providers” or “VASPs”. This is in line with the guidelines released by the Financial Action Task Force or FATF, a global standard-setting body for anti-money […]

[…] Find More to that Topic: bitpinas.com/regulation/the-fatf-cryptocurrencies-and-the-philippines/ […]

Myrtle Ramos: Overall, the next year is shaping up to be crucial for the blockchain technology and digital assets ecosystems.

According to the central bank, Axie Infinity owned by Vietnam-based Sky Mavis, “is not considered as VASP” or virtual asset service provider.

2 companies recently received an approval from the Bangko Sentral ng Pilipinas to operate as virtual currency exchanges in the Philippines.