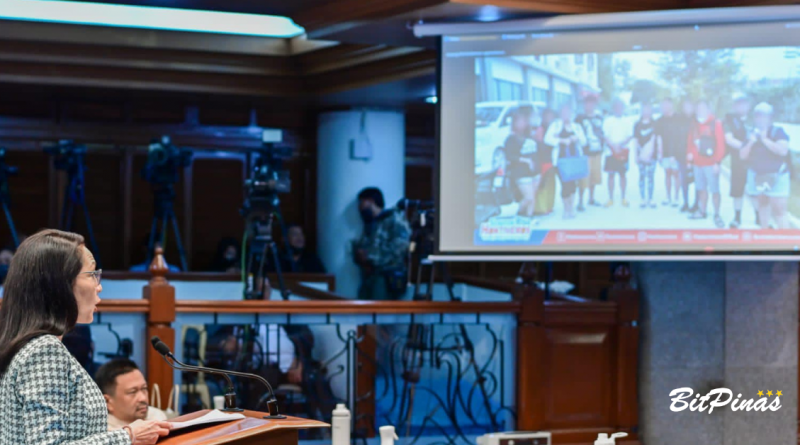 Senator Risa Hontiveros revealed in a privilege speech this Monday, November 21st, a large-scale human trafficking syndicate in the country, wherein Filipinos are duped into believing they are being recruited to work as call center agents in Thailand, only to be recruited to become crypto scammers in Myanmar.

“Rita,” one of the victims rescued by non-government organizations (NGO), testified about reports of a Chinese gang operating out of Myanmar that recruited Filipinos as agents to entice investors and made double-return promises on cryptocurrency investments. She revealed that part of her job included acting as “agent” to develop contacts with potential clients and persuade them to invest. She was told, among other things, to show consumers “enough affection” with the intention of “making him like you, trust you, depend on you, and want to get you right away”.

Rita was among the 12 Overseas Filipino Workers (OFW) rescued by a network of local NGO communities and met by Philippine officials after crossing the border into Thailand. Promised to work as call-center agents and customer service representatives (CSR) in Thailand, these Filipino aspirants have been dragged by a Chinese mafia to work in Myanmar to deceive foreigners like Americans and Canadians into investing in a cryptocurrency scams.

[“If they are not able to scam someone off their crypto, they won’t be given food, salary, “sold” to another company, and have their lives threatened.”]

As an agent, Rita was instructed to create fake accounts on social networking sites and chat messaging platforms like Facebook, LinkedIn, and Tinder to gain the trust of foreigners and entice them to invest in cryptocurrency. Victims are asked to transfer to Telegram and WhatsApp to continue their conversation since the previous social media platforms might detect their fake identities.

Victims are instructed to download a cryptocurrency exchange wallet like Crypto.com, Coinbase, or Kraken from Google Play Store and Apple App Store. Chinese scammers then share a “link” with the victim. Once the funds are transferred from the victims’ cryptocurrency wallet to the “link,” scammers already have complete control of their funds, in which withdrawals need their approval.

Human traffickers exploit social networking sites to recruit Filipinos to work overseas by posting vacancies through Facebook pages. One of the most sinister of this kind, according to Hontiveros, is the POGO SECRET FILES due to its secrecy. It is classified as a “private page” where admins have ultimate control over who could enter, which hinders law enforcers to see what is inside.

“These Chinese mafias are making the Philippines an incubator of scammers. My dear colleagues, I hope you are one with me in saying that we are not and will never be known as a nation of scammers.” she stressed.

Hontiveros calls for the Department of Justice (DOJ) and the Inter-Agency Council against trafficking to “investigate these syndicates and their accomplices,” the Department of Migrant Workers (DMW) to have a massive information drive to deter scam jobs posted online, and DMW, Overseas Workers Welfare Administration (OWWA), Department of Social Welfare and Development (DSWD) to provide counseling, legal, and livelihood assistance to victims of human trafficking.

“If we don’t plug this hole, more and more of our kababayan will be duped, and more and more people all over the world will be scammed.” she said.

This article is published on BitPinas: Sen. Hontiveros Reveals Plot to Recruit OFWs to be Crypto Scammers Abroad 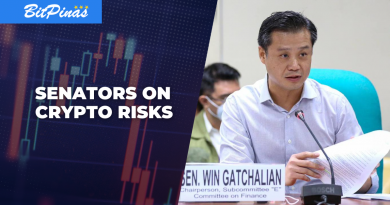