December 7, 2018. A Chinese known brand in telecommunications and electronics company, Huawei, recently launched its Blockchain Service (BCS) globally. It was previously made available in China this year and it is now ready for the global market.

Under its cloud services arm Huawei Cloud, the Asian tech giant releases its Blockchain Services (BCS) worldwide. It was initially made available to the Chinese commercial use this year and it is now accessible to users worldwide via Huawei Cloud’s website.

The BCS is set to help entrepreneurs and developers create, deploy, and manage blockchain applications on the cloud while also making it cheaper and faster. BCS will be the groundwork for its distributed global blockchain platform. It will run on the cloud and at the same time along with other Huawei Cloud container and security technologies.

Aside from the usual financial use cases, BCS can be used in the internet of things (IoT), data applications, data transactions, proof of information, Internet of Vehicles (IoV), etc.

A South Korean based electronics company, LG, also taps in the blockchain technology and even launched its own blockchain and digital currency service called Monachain. It aims to help companies in terms of finances, logistics, and manufacturing.

In a previous BitPinas report, the government is getting urged to digitally transform by Albay Representative Joey Salceda in his speech during the International Conference on Public Sector Productivity. Rep. Salceda said that the government needs a “digital transformation officer” that will urge agencies to “digitalize” the Filipino life.

“Revolutionizing every facet of business and government requires re-education of the bureaucracy and regulatory changes in view of the technological changes, the international dimension of the work, and cyber threats,” – Albay Representative, Joey Salceda

[…] Read More on that Topic: bitpinas.com/news/huawei-cloud-launches-blockchain-service-worldwide/ […]

the best replica watches in the world

[…] Find More on that Topic: bitpinas.com/news/huawei-cloud-launches-blockchain-service-worldwide/ […]

Small and medium enterprises (SMEs) in the Philippines and elsewhere in Southeast Asia are looking at current and transformative technologies such as blockchain and AI as key business drivers in the next three years. 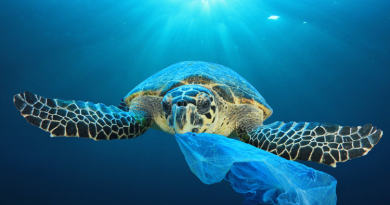 Using Blockchain to Get Rid of Ocean Plastics

Household brand SC Johnson has partnered with the Plastic Bank to help solve the problem of plastic wastes in the ocean.

The company reveals it is now in talks with a couple of blockchain companies to further explore the use of this new technology in the power industry.