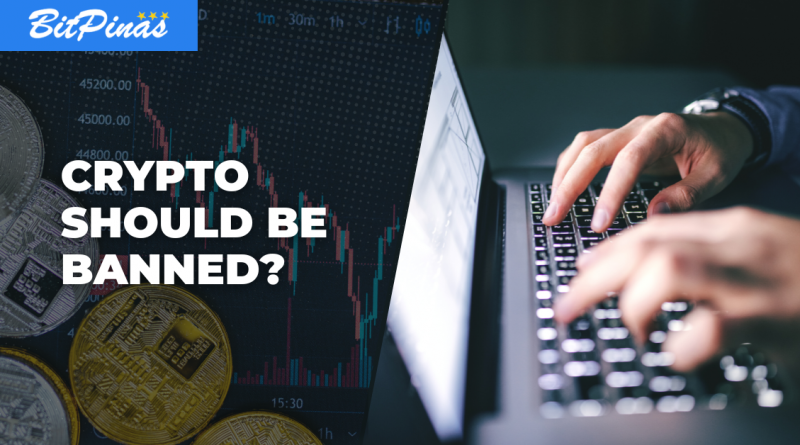 As another year has started, columnist Ben Kritz from the Manila Times, one of the first English-language publications in the country, recommended imposing a ban on all cryptocurrencies in the country because of  its volatile nature and it being “fundamentally a Ponzi scheme.”

In the prior part of the article, Kritz highlighted that, for 2023, he looks forward to seeing “banking and financial market regulators finally quit waffling and develop some sensible regulations to address the cryptocurrency sector.”

“That should be easy because the only regulation that is really needed to clarify crypto’s role in the broader financial system would be to ban all crypto possession, use, mining, and trading, and to prosecute all exchange operators, traders, promoters, and anyone else who has profited from them,” he wrote.

To date, the legislation still has no answer to the request of the Securities and Exchange Commission (SEC) and the Bangko Sentral ng Pilipinas (BSP) regarding having a specified law to address digital assets last September during the meeting of the Senate Committee on Banks, Financial Institutions, and Currencies.

The BSP wanted the passage of the Digital Assets Act, while the SEC wants a regulatory draft that would give them the power to go after other violations other than investment scams that are considered investment solicitations that violate the Securities Regulation Code.

Last August, Rep. Joey Salceda, Chairman of the Ways and Means Committee, expressed his plans to create a group that would study the possibility of taxing digital assets. (Read more: Solon Will Form Working Group to Study NFT, Crypto Taxes)

Further, Kritz cited the research done by the Bank of International Settlements (BIS) revealed that 81% of all crypto investors have lost their money, with over $20 billion more spent on buying crypto than earned by selling it since 2009. He also stressed that the investors’ losses “can never decrease, no matter how cryptocurrency prices or investor behavior may change.”

“As the recent collapse of the FTX exchange demonstrated in spectacular fashion, cryptocurrency is fundamentally a Ponzi scheme because the only source of profit for investors is the addition of money from new investors,” he added.

A Ponzi scheme takes the money from new investors to pay “fake profits” to prior investors and is designed mainly to favor its top recruiters and prior risk-takers. This is detrimental to subsequent members in case a scarcity of new investors happens.

“Economically, crypto is an even more orthodox form of fiat currency than the actual fiat currencies crypto adherents believe it can replace. The value of any cryptocurrency is entirely dependent on the mood of its market traders, which makes it extremely volatile and utterly useless as any sort of medium of exchange. Fiat currencies have values based on comparative judgments, too, but at least those judgments are based on a few real-world, verifiable things, such as the issuing countries’ balance of payments and debt burden, currency reserves, and the overall health of their economies,” Kritz explained.

Although prior to these sentiments, the BSP and the SEC have been actively reminding the public to be cautious and to always do their due diligence since 2021. Last November, BSP Governor Felipe Medalla reiterated the risks of blindly investing in cryptocurrency. (Read more: BSP Governor Medalla Reiterates: Crypto is Risky)

“Even as an interesting technological innovation, crypto’s underlying frameworks of the ‘blockchain’ and ‘smart contracts’ are a joke in any practical application — slow, energy-intensive and needlessly complex,” the columnist added.

Kritz also gave an example of a failed experiment called TradeLens, a joint project of A.P. Moller-Maersk and IBM, which aimed to build a blockchain-based trade management system.

“Maersk/IBM is currently in the process of unwinding the remaining users from the failed platform, and say that they hope to shut it off for good by the end of this quarter. If the rest of the world had any sense, it would try to meet the same deadline for everything else crypto-related, too,” he concluded.

This article is published on BitPinas: Columnist Says Crypto Should be Banned Because of Volatility