This malware has been under the radar of numerous cybersecurity companies since 2017. Trend Micro noticed a spike in the malware’s activities on April 8, 2018. It also monitored these activities from users in Germany, Tunisia, Japan, Taiwan, South Korea, and Spain.

While the malware lists and sends links to the user’s Facebook friends in the past, it can now steal user accounts and credentials. The malicious extension can also redirect its victims to cryptocurrency scams, inject malicious mining codes, redirect victims to the attacker’s referral link, and hijack transactions by replacing the recipient’s address with the attacker’s.

FacexWorm Malware spreads through Facebook Messenger by using an infected user to send a link to another victim. After the victim clicks on the link, they will be directed to a fake YouTube page and will then be asked to install an extension (FacexWorm) in order to play the video. After installation, it will request privileges to access and change data on an opened site.

After installation and agreeing to its request to access and change data, it will download malicious codes and open Facebook, from which it will obtain the user’s friends list. The malware will use the new user to send links to all of their friends, thus beginning another cycle of users being infected.

As of this writing, Google Chrome already removed and banned cryptocurrency mining extensions in early April.

Trend Micro also advised users to think before sharing and be vigilant and prudent against suspicious messages. Another tip is to tighten their social media security settings.

[…] Info on that Topic: bitpinas.com/news/crypt-malware-fb-messenger/ […]

[…] Information to that Topic: bitpinas.com/news/crypt-malware-fb-messenger/ […]

[…] Read More on that Topic: bitpinas.com/news/crypt-malware-fb-messenger/ […]

[…] There you will find 99309 additional Information to that Topic: bitpinas.com/news/crypt-malware-fb-messenger/ […] 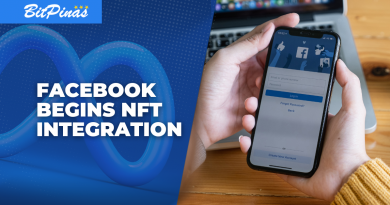