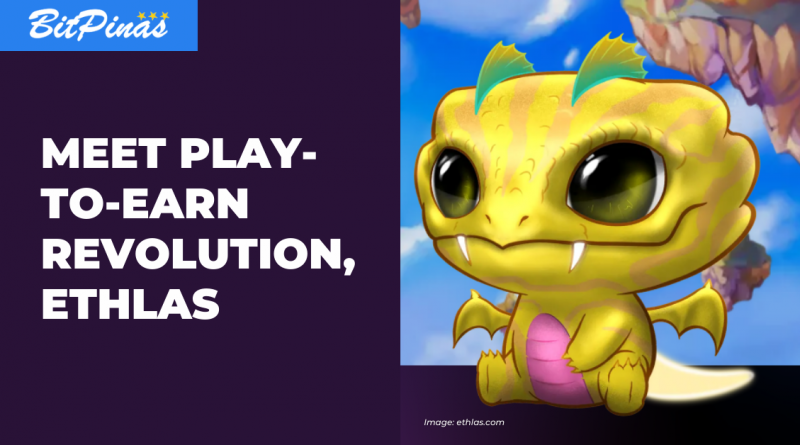 Ethlas is a company headed by Vietnamese and Singaporean blockchain game developers who aim to educate people about cryptocurrency through onboarding people into the GameFi space. Unlike other companies, Ethlas embraces the beauty of both free-to-play and play-to-earn, and attempts to find the balance between them. As their vision and motto state, “Be the bridge that brings the next billion users into the crypto metaverse, in a way where everyone has fun, and everyone can earn.”

Ethlas aims to onboard people into cryptocurrency by introducing traditional, arcade-inspired games on their website similar to Candy Crush, Tower Builders, and Tetris as soon as the player connects their Metamask wallet to their website.

The player is given a daily supply of 10 energy to be able to play the games. Each game has a unique level of difficulty that ranges from easy to medium. Players are rewarded with materials and GEMs they compete for on the leaderboards. GEMs are in-game tokens available for F2P games; they can be used by F2P players to purchase Komo, Ethlas’ playable NFT, by converting GEMs to XGEM. XGEMs are tokens used for transacting and rewarding players  in-game. As of their whitepaper, one Komo is 30,000 XGEM.

Surprisingly, these arcade games can contribute to the attributes of the Komos owned by the player. For example, Neon Runner allows players to earn Agility experience, Cyberpunk 2048, Intelligence experience and To The Moon, Dexterity experience.

Ethlas’ play-to-earn game, Komo Klash, started their public sale last March 2, 2022. Through the sale, supporters of the game were able to purchase their unique set of Komos.

Each player needs to have three Komos to play the game. Players are advised to use QuickSwap to convert their MATIC to XGEM to purchase their Komo.

Players can use their Komos in all game modes: Co-op, Arena, and Campaign.. In Co-op, the player aims to fight a series of bosses alongside others to gain daily rewards. On the other hand, the Arena mode provides weekly rewards for top leaderboard players. Lastly, Campaign hosts a series of quests meant to uncover the mysteries of Komos.

Each Komo can be equipped with elemental NFTs. These are add-ons that provide each Komo with passive skills that are advantageous in matches. These elementals can be embedded on horns and tail parts. This elemental NFT has advantages toward other elementals as seen on the graph below:

Komos can be bred by two Komo parents and can inherit traits of their parents or have mutations.

Last February 26, Ethlas held a virtual party on Youtube to announce their public minting of Komos last March. The event was hosted by Yassi Pressman.

This article is published on BitPinas: Ethlas NFT Game Overview | How to Play and Beginners Guide

Ethlas NFT Game Overview | How To Play And Beginners Guide

[…] This text is revealed on BitPinas: Ethlas NFT Game Overview | How to Play and Beginners Guide […]

[…] This article is published on BitPinas: Ethlas NFT Game Overview | How to Play and Beginners Guide […]

[…] This article is published on BitPinas: Ethlas NFT Game Overview | How to Play and Beginners Guide […]