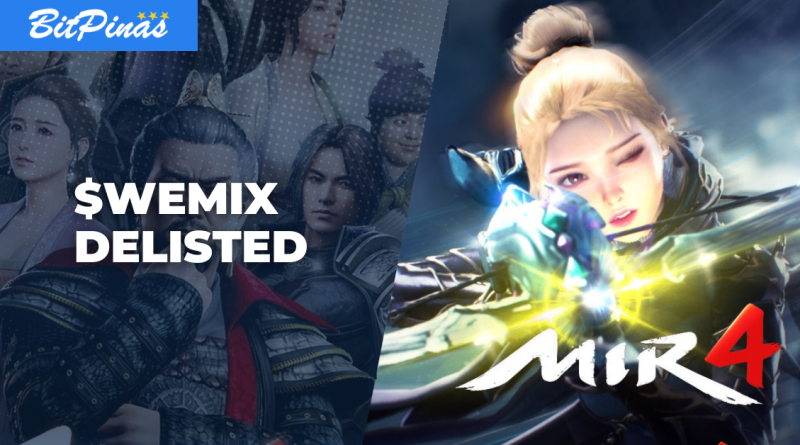 “This is gapjil!” [Gapjil is an expression that refers to an arrogant action of someone in a higher position over others.]

This is what Wemade CEO Chang Hyun-guk repeatedly exclaimed during a press conference about the announcement of the Digital Asset eXchange Association (DAXA), an alliance formed by five local crypto exchanges (Upbit, Korbit, Coinone, Bithumb, and Gopax), that they will delist Wemade’s native token, WEMIX, by December.

According to the five local crypto exchanges, their decision was based on the fact that Wemix, the blockchain platform of international gaming giant Wemade, allegedly gave a false disclosure about WEMIX’s circulation amount.

Before October ended, DAXA revealed that Wemade announced that it would only circulate 245,966,797 tokens, but actually released 318,421,502 tokens, almost 30% more than the indicated information.

Wemix then immediately pledged to work with the alliance to lessen the impact of the concern on the public.

However, DAXA still concluded that Wemade committed a grave offense to the community:

“The excess amount of coin circulation compared to its plan submitted to DAXA is a grave violation. It is a rare situation so it is hard to win back trust on the cryptocurrency project, as we found many kinds of errors in their documents submitted during the grace period.”

The coin exchange association further explained that it found errors in the Wemade documents, which resulted in DAXA’s decision to push through.

“There were numerous errors found in the files they handed in, and they repeatedly changed the content of the files even after submission,” Upbit said. “A rare situation has occurred where our level of trust in management capabilities has plummeted to a point where it cannot recover.”

While the gaming giant’s stocks closed at 39,400 Korean Won last Friday, 30% down compared to Thursday.

Moreover, Wemade announced that it will file for a court injunction to reverse the DAXA’s decision, calling the delisting decision a “very unfair” decision.

“I think the delisting decision is an example of arbitrary power wielded by Upbit. I think this is very unfair, and they should’ve at least clarified how Wemade’s submitted documents were insufficient to solve the issue,” Hyun-guk stressed. ‘

The CEO also clarified that they have fully complied with the documents required by the exchanges:

“We have fully provided with all the data that Upbit had asked for. Upbit never properly explained what its criteria are and just told us to ‘do what we can and see,’ without giving us detailed feedback of what’s missing and what’s not.”

According to a Korean publication’s report, Upbit is the only Korean crypto exchange out of the five DAXA members that demanded Wemade submit its plans on how many coins it’s planning to distribute in the market.

This is where Hyun-guk questioned the integrity of the rules of the Upbit exchange, stating that the rules should be applied to all companies and not only to them because there are numerous coins that are trading without submitting their planned amounts.:

“If the plan is so important, then why is it not applying the same rules to other companies? If we are being penalized for submitting a plan and making changes along the way, then should we not have submitted anything at all, like the others? Why are we being punished for going the extra mile?”

Wemade is the gaming company behind The Legend of Mir, which peaked at over 200 million sign-ups and includes the known blockchain game Mir4.

It also announced that it had raised $46 million from Microsoft and asset management firms Kiwoom Securities and Shinhan Asset Management.

“The WEMIX team does not acknowledge or agree with the unreasonable decision made by the Digital Asset eXchange Alliance (DAXA)… It is crucial to note that the Foundation has not circulated a single WEMIX more than what we have officially disclosed thus far,” Wemix concluded. 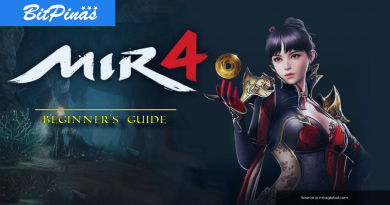 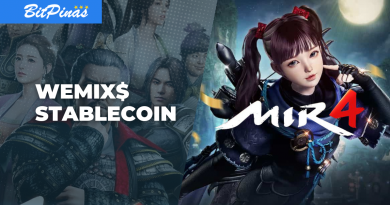 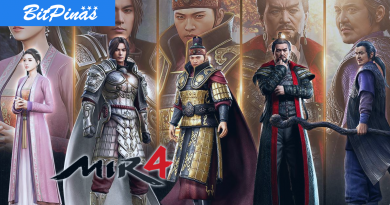