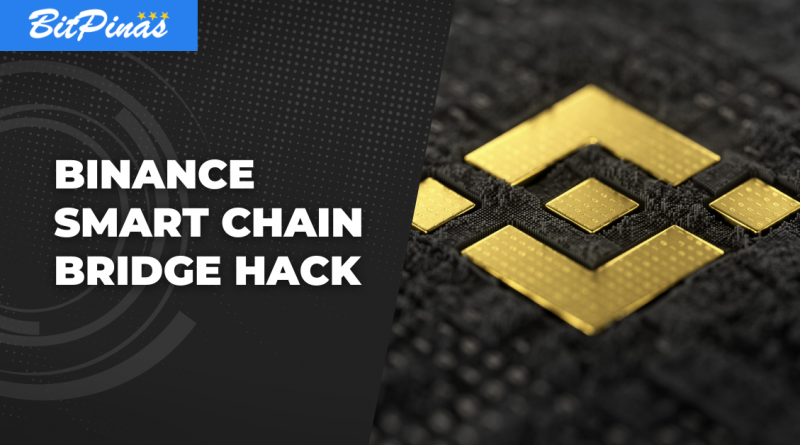 Hours after global cryptocurrency exchange Binance halted the petitions of its blockchain platforms BNB Chain and Binance Smart Chain due to a “potential exploit” in the network, the crypto exchange giant confirmed that the Smart Chain resumed its operations at around 3:00 p.m Friday.

The attack was said to be an exploit on its cross-chain bridge, where the thieves allegedly steal an estimated $100 million worth of Binance Coin (BNB).

Earlier, Binance announced on Twitter that it had paused its network because it has detected an “irregular activity,” the announcement caused the price of Binance Coin to go down.

Later, the exchange stated that the blockchain was “under maintenance,” suspending all deposits and withdrawals.

“An exploit on a cross-chain bridge, BSC Token Hub, resulted in extra BNB. We have asked all validators to temporarily suspend BSC. The issue is contained now. Your funds are safe. We apologize for the inconvenience and will provide further updates accordingly,” Binance CEO Changpeng Zhao tweeted, confirming the exploit.

As per a thread on Reddit, they estimated the incident involved $100 million to $110 million of digital tokens and at least $7 million of stolen funds has already been frozen.

On the other hand, according to blockchain security firm SlowMist, the hackers stole over $570 million in digital assets, including Ethereum, Polygon, BNB Chain, Avalanche, Fantom, Arbitrum, and Optimism.

Around one hour ago, Binance officially released a statement about the incident.

“First, we want to apologize to the community for the exploit that occurred. We own this,” Binance said in a statement

According to the crypto exchange, though decentralized chains are not designed to be stopped, its team immediately contacted the community validators of the BNB Smart Chain which led the incident to be stopped from spreading.

“It was not that easy as BNB Smart Chain has 26 active validators at present and 44 in total in different time zones. This delayed closure, but we were able to minimize the loss.”

Binance also shared what happened during the incident, clarifying that “there was an exploit affecting the native cross-chain bridge between BNB Beacon Chain (BEP2) and BNB Smart Chain (BEP20 or BSC), known as ‘BSC Token Hub.’ A total of 2 million BNB was withdrawn. The exploit was through a sophisticated forging of the low-level proof into one common library.”

Along with the incident, the crypto exchange giant announced that a new on-chain governance mechanism will be introduced on the BNB Chain to fight and defend against future possible attacks:

“Looking at the broader picture, we have seen a series of attacks on targeting vulnerabilities in cross-chain bridges. We will openly share the details of the postmortem and all lessons on how to implement more advanced security measures to shore up these vulnerabilities.”

“Lastly, we owe a debt of gratitude to the community for moving so quickly to minimize what could have been a more serious incident. We’re sorry for any inconvenience that the suspension of BNB Smart Chain has caused, but we are truly grateful to the community for their support,” the team concluded.