August 19, 2019 – Malware is increasing 24 hours a day and seven days a week, so we need to understand their types, nature, and attacking methodologies to be aware on how to alleviate the attack.

Malware is any program or file that is harmful to a computer. It intends to damage a computer without the user’s consent and gain sensitive information. Crytojacking is one of many variants of malware that use the type of attack – inception where it allows hackers to access the data, systems application, or environments.

A cybersecurity researcher from Varonis use dynamic analysis to examine the behavior, functionality and recognize technical indicators;

The researcher concluded that it is based on PHP and concealed by Zend Guard. It continually connects to a command and control (C&C) server. They found from multiple servers an XSL file run known “sysWOW64” from windows executable folder mscorsv.exe

Carbon Black, a cybersecurity company uncovered the strain of XMR mining malware last week. They discovered that a type of malware called “Smominru” is now stealing user data alongside its mining operations, it said;

“This discovery indicates a bigger trend of commodity malware evolving to mask a darker purpose and will force a change in the way cybersecurity professionals classify, investigate and protect themselves from threats.”

According to Varonis researchers “Norman” malware relies on C&C servers to operate, typical action will not be predictable; it will likely resemble the actions of manual pentester or attack and difficult to detect by a regular antivirus scan.

The key take away from this incident is early detection keeps away mysterious web shell activity that results from crypto-jacking.

[…] Info to that Topic: bitpinas.com/news/cryptomalware-norman-mines-monero-hiding-task-manager/ […]

[…] There you will find 86606 more Information on that Topic: bitpinas.com/news/cryptomalware-norman-mines-monero-hiding-task-manager/ […]

[…] Find More to that Topic: bitpinas.com/news/cryptomalware-norman-mines-monero-hiding-task-manager/ […]

[…] Here you will find 30961 additional Info to that Topic: bitpinas.com/news/cryptomalware-norman-mines-monero-hiding-task-manager/ […]

[…] There you can find 29408 additional Info on that Topic: bitpinas.com/news/cryptomalware-norman-mines-monero-hiding-task-manager/ […]

Symantec: Cryptojacking threats up by 8,500% 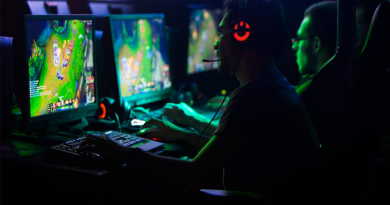