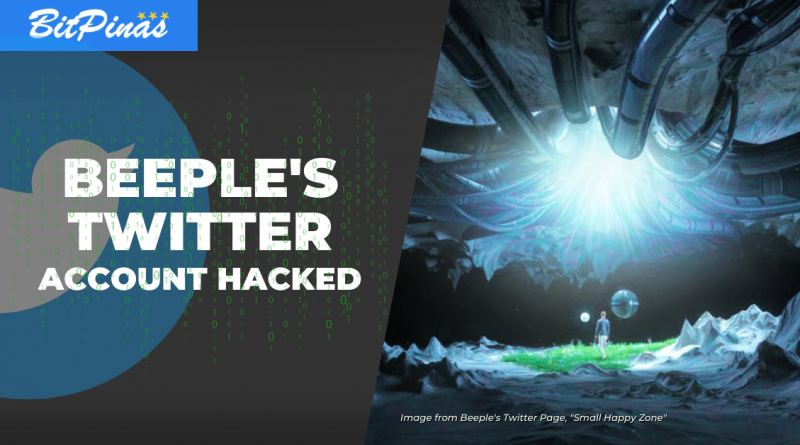 The Twitter account of digital artist Beeple, one of the well-known artists in the NFT (non-fungible token) space, was hacked today yesterday, May 22, as part of a phishing scam. The hacker posted the link to a phishing website to steal funds that appear to have stolen more than $70,000 in Ethereum (approximately ₱3,700,000).

Harry Denley, a security expert at cryptocurrency wallet MetaMask, stated that the link led to a fake website featuring a perpetrated collaboration with fashion brand, Louis Vuitton. Beeple first collaborated with the brand in 2019. The phishing link, if clicked, would steal users’ crypto by automatically draining Ethereum from their wallets.

Beeple tweeted that his account was back to normal and “we have control now.”

He also reminded that users; “Stay safe out there, anything too good to be true IS A FUCKING SCAM.”

Mike Winkelmann (aka Beeple) is a popular digital artist who helped propel NFTs into the mainstream. Last year, he sold an NFT artwork , Everydays: the First 5000 Days, for $69.3 million at Christie’s auction house, smashing records in the digital art world.

His recent NFT collaboration is with pop icon Madonna in a NFT called Mother of Creation which consists of three one-minute videos to show for it. The Madonna x Beeple NFT collection will be auctioned off on NFT marketplace SuperRare.