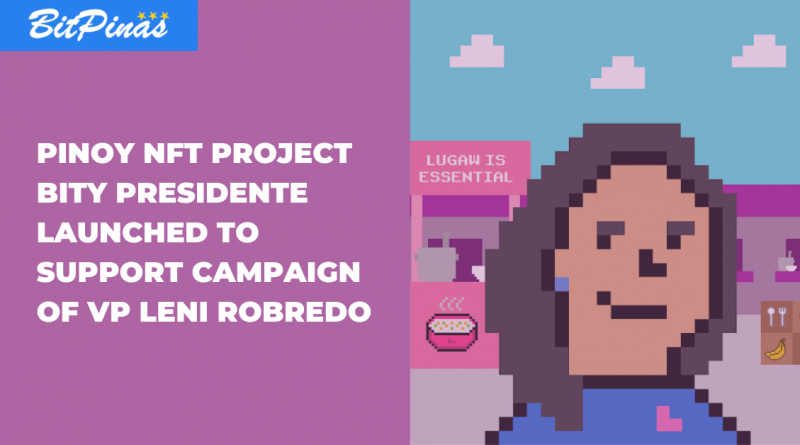 “We launched Bity Presidente to help raise funds and empower other volunteer groups that are helping in the campaign of VP Leni Robredo,” Dijo, Co-founder and Project Lead of Bity Presidente, stated in an exclusive interview with BitPinas, “We wanted to use NFTs as our main medium because we’ve been into NFTs for the past few months and seeing how the community aspect of this technology makes fund-raising so effective and efficient, we thought it was the perfect way to help the campaign in our little way.”

As affirmed by their website, the proceeds will not go directly to the said presidentable but to another volunteer group, Team Leni Robredo, which currently has 48,439 volunteers, to aid with the campaign movement nationwide. Bity Presidente chose MATIC as their currency to lessen the cost of gas fees for those who would consider purchasing their NFT, but also gave the option to donate using GCash (a popular mobile wallet and banking service in the Philippines) account if they opt not to buy.

BitPinas asked if the presidential candidate was aware of the project and Dijo responded, “Yes, we’ve been in touch with the campaign team and they know about the project. Unfortunately, things have been extremely busy from their end so we haven’t really had the chance to have a proper sit down with the team. We are not directly affiliated with VP Leni and her campaign team. The volunteer groups we’re also helping out are not directly affiliated as well. These are all being done through volunteer work.”

Bity Presidente also plans to add merch like caps and stickers to further raise funds for the campaign, but for now their main focus is on the NFTs.

BitPinas inquired further, if by buying these NFTs, will the NFT have a utility that would be beneficial to the buyer. The co-founder replied, “There isn’t really a utility when it comes to this particular NFT. We won’t be releasing a DAO, a game, a token, or anything in that realm. The main point is to raise funds to help the campaign and that’s really it. We’re donating all the proceeds of both our NFT sales (as well as our merch) to our partner orgs. And, in return, everyone who bought an NFT gets a token for their donation. We do try to make it fun for our community through some giveaways and other fun activities we’ve been rolling out.”

In terms of plans to address the knowledge gap regarding NFT to the project’s community, the co-founder expressed, “It’s been a challenge, definitely, but we also didn’t want to really focus on mass adoption when it comes to NFTs. Especially here in the country, cryptocurrency and NFTs are quite new and we knew that going into this. We wanted to focus on the very specific market of Filipinos who are into NFTs and believe in VP Leni Robredo as well. That being said, we were surprised that a lot of people outside the NFT space took notice and actually bought in. We’ve been helping a lot of folks through Twitter and Discord.”

“No roadmap, per se”, Dijo’s response to BitPinas’ inquiry if there is any roadmap for the project, “As mentioned, this isn’t your usual NFT project that comes up with roadmaps and utilities. The main purpose is for us to raise awareness on VP Leni’s campaign as well as gain as much funds so we can help empower other volunteer groups. Some say the utility of this project is a better future for our country and I can’t argue against that.”

Recently, blockchain technology has proven its involvement in relation to the upcoming election. Last year, an eighth-grader led an NFT project that delivers transparency in the results of the elections. As featured on the BitPinas article dated last October 29, 2021, twelve-year-old Rien Lewis Pecson made the world’s first ever blockchain-based non-fungible token (NFT) voting platform blockchain called iVote.ph. The project aims to assess the country’s political climate using blockchain technology, making it difficult for trolls and media manipulation to artificially dictate the poll winner. For more about iVote.ph, you can read the whole article at Twelve-year-old Filipino Develops NFT-based Voting Platform.

Disclaimer: BitPinas is not endorsing any candidates nor is sponsored by any. The objective of the article is to raise awareness of NFT and cryptocurrency related projects only. 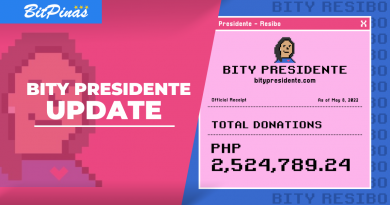