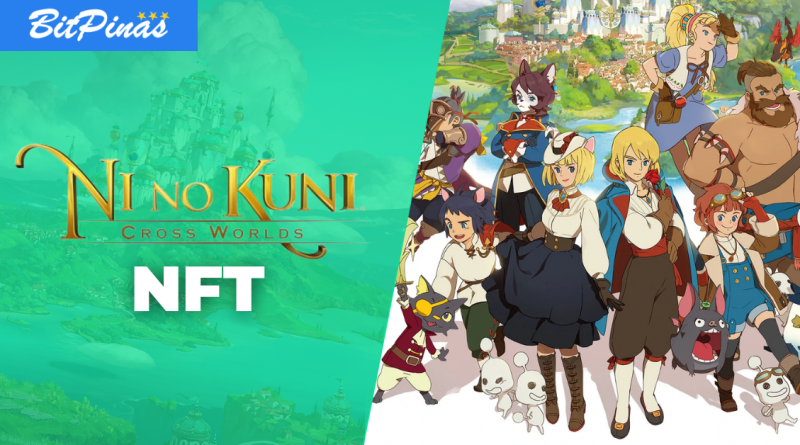 Fans are not pleased after finding out that their much awaited game “Ni no Kuni: Cross Worlds,” a sequel to the popular role-playing game (RPG) Ni No Kuni, will feature non-fungible token (NFT) integration and play-to-earn mechanics.

Following several game developers venturing into NFT and crypto, Korean developers Netmarble, the team behind Ni No Kuni: Cross Worlds, will also dive into the space.

However, Ni no Kuni: Cross Worlds is actually a gacha game, a toy vending machine mechanic, that integrates cryptocurrency into it. To make it possible, Netmarble has created their own custom cryptocurrency, MBX, and its utilization has impacted every playable avenue of the game.

According to their website, players will be able to take in-game items, trade them for Asterite or Territe Tokens, Marblex cryptocurrencies, then trade those for other cryptocurrencies. Essentially, MBX can obtain Territe, used to get items relating to Familiars, Crafting, Upgrading, and more.

In a subreddit r/gachagaming post of user u/Tezoze, users have shed further light on the crypto practices behind this game. They noted that this currency drastically pay-gates the experience due to the most substantial facets of gameplay being purchasable via crypto, despite the developers initially saying that crypto would be a minimal inclusion.

“This is extremely cringe, and causes massive imbalance in PVP. Whales don’t even want this as there is nothing to work for left in the game. The game is literally broken with this system as this is THE BEST PvP gear in the game. It will destroy all forms of PVP. This cryptocurrency must be farmed in PVP, and the reward discrepancy is huge. In other versions of the game, this set is gacha,” the Reddit user wrote.

What is Ni No Kuni: Cross Worlds?

“Ni No Kuni: Cross Worlds” is the new sequel to the acclaimed RPG franchise, developed by independent Japanese studio Level 5. The game, which features studio Ghibli animations and five different characters, each one with different attributes and stories, will use these elements to enrich the player experience.

The story follows the player character who has just arrived in a new virtual reality game called Soul Divers. However, this turns into a grand adventure through an open world that follows the animated film with graphics developed in Unreal 4 Engine.

Players can customize their character with unique equipment and choose from a Swordsman, Witch, Engineer, Rogue, or Destroyer class. Each class has unique skills and abilities that will be used in battle. Further, familiars can be found that add buffs to the part. Players are able to decorate their own farm with various items as they work to rebuild the Nameless Kingdom with online friends.

This article is published on BitPinas: Ni No Kuni NFT and Crypto Features Enrage Fans