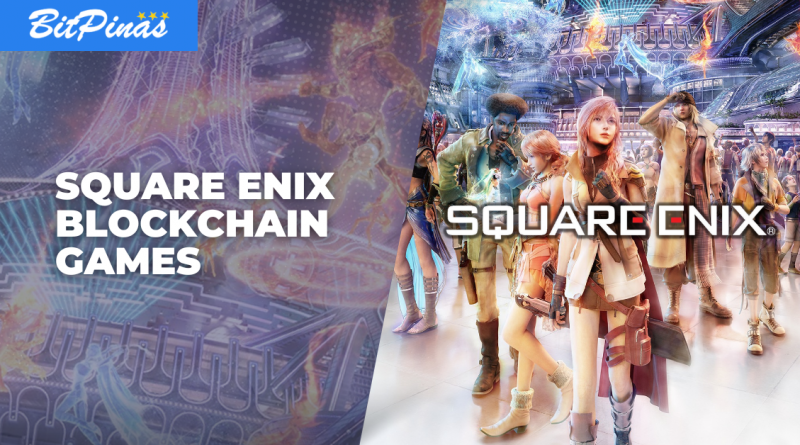 Japanese gaming giant Square Enix recently announced that it will push through developing more web3 games this year as it unveiled its plans to continue investing in blockchain-based games.

The gaming giant, which is known for developing Final Fantasy, Kingdom Hearts, and Dragon Quest, disclosed that it will develop “multiple blockchain games” based on original intellectual property (IP), rather than its existing franchises. The firm also plans to announce further games this year.

“We’re making some moves to introduce more titles this year. Blockchain has been the priority and a source of agitation, but after leaving it inside the rearview mirror, we assume that Web3 games will enter a current booming segment in 2023,” Square Enix President Yosuke Matsuda highlighted.

In a letter from the company’s president, Yosuke Matsuda stated that Square Enix is “most focused” on blockchain-powered gaming amid its new business development efforts, while acknowledging the volatility of the cryptocurrency and NFT markets as well as the collapse of FTX. The letter recapped the company’s major accomplishments in 2022 and explained its plans for 2023.

Seven out of the 15 paragraphs in the letter talked about blockchain gaming, highlighting that blockchain gaming is a major focus of their investing strategy despite the still ongoing crypto bear market as well as the disagreement of some players in the gaming world.

“In terms of new business domains, we named three focus investment fields under our medium-term business plan. Among those, we are most focused on blockchain entertainment, to which we have devoted aggressive investment and business development efforts. Looking externally, I think it is fair to say that blockchain gained significant recognition as a field in 2022, as evidenced by “Web 3.0” becoming a firmly established buzzword among businesspeople,“ Matsuda wrote.

According to him, it is normal for new technologies to often cause confusion, but he assured that they will eventually become accepted as a part of everyday life. Following this, he stressed that the crypto winter should not necessarily cause investors to doubt its potential.

“Following the excitement and exhilaration that surrounded NFTs and the metaverse in 2021, 2022 was a year of great volatility in the blockchain-related space… However, if this proves to have been a step in a process that leads to the creation of rules and a more transparent business environment, it will definitely have been for the good of the growth of blockchain entertainment,” Matsuda explained.

Square Enix in the Web3 Space

In 2020, the company brought its Dungeon Siege franchise into the metaverse game world of The Sandbox—the venture includes an interactive experience on Square Enix’s owned LAND in the shared online world. In 2019, Square Enix also participated in a $2.01 million investment round for the Sandbox.

Then, in 2022, Square Enix further expanded its web3 presence by investing in and forging partnerships with different entities:

This article is published on BitPinas: Final Fantasy Maker Pledges to Develop Multi-Blockchain Games Based on Own IP 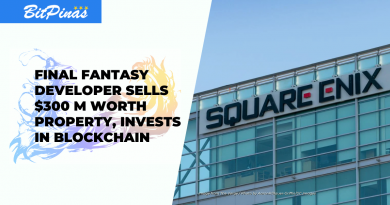