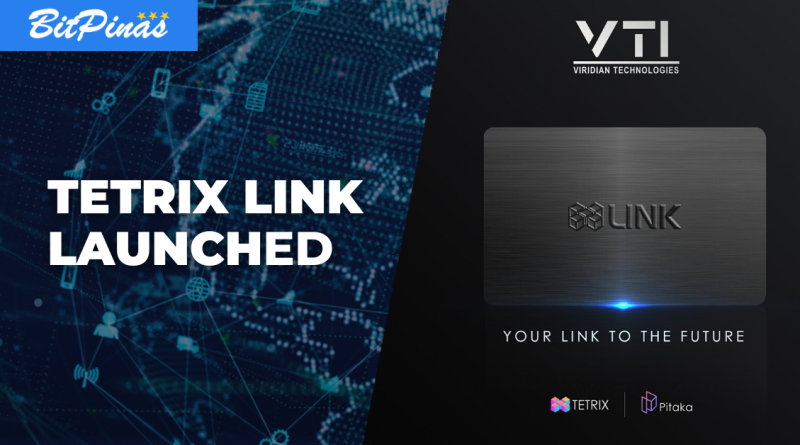 NFC is a tech present in mobile phones that enables users to conveniently share their information in just a single tap. Through Tetrix Link, their cardholders will be able to select and store their information, such as their personal contact details and relevant social media accounts, and share these data when they tap or hover over their card to an NFC-enabled mobile device.

“With Tetrix Link, you can share your data to your peers more easily and would eliminate the need for multiple business cards since the data of multiple assets are stored inside the network. You can control which information to share, and lastly, you would only require a link or QR code to share,” says Felix Asuncion, co-founder and Chief Revenue Officer of Tetrix Network

In a media release, the developers noted that Tetrix Link recreates the functions of a physical wallet but with more modern features like allowing users to secure other forms of self-custodial data.

“Currently, we are testing it to support human resources information system, healthcare services, and other hotel and restaurant use cases aside from it being used as business cards and personal or company ID. We’re also in talks with the local government in bringing this technology to modernize their systems,” Asuncion said.

Further, Tetrix disclosed that the developers are also in the works to launch the second version wherein users can add their resumé and an introduction about themselves and can also book their schedule or create a calendar when they tap the card onto an NFC-enabled phone.

With the integration of the crypto wallet Pitaka, Tetrix Links also sees future updates on the card which will soon enable users to transfer and receive cryptocurrencies through Pitaka. Users will also receive perks as with loyalty or rewards cards, and pay for merchants and transportation. (Read more: Filipino-led Tetrix Network Launches ‘Pitaka’ Crypto Wallet)

“Tetrix Link is not your ordinary business card. Unlike the traditional one, a Tetrix Link card would be enough to last you a lifetime,” he stated.

The firm also noted that what they aim to offer its patrons is “innovation and convenience.”

“Imagine there are so many professionals, HR personnel, C-level executives, and even real estate brokers who print a lot of paper business cards which, more often than not, get discarded or misplaced just minutes after they’ve been handed around. With Tetrix Link, everything is digitally installed, and your details will be editable anytime, anywhere through https://link.tetrix.xyz,” Asuncion added.

Tetrix Link allows a user to store all their data in a handy little card, and potential connections only need to tap the card onto their NFC-enabled phones. The card also has a scannable QR code in case one’s phone doesn’t support NFC. If there’s no internet connection at the moment of transfer, the receiver can just bookmark the link and access it later on.

The technology of the project offers an easy-to-navigate user interface and is uniquely backed with blockchain. It can function as any ID or key card. Eventually, it will also store mission-critical data and other physical documents like vaccine certificates and data inside NFTs for specific use cases.

According to the developers, Tetrix Link will also enable users to access data offline soon. 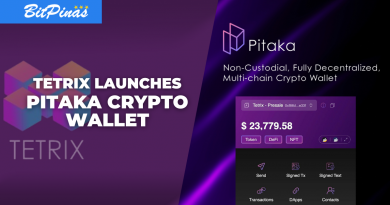