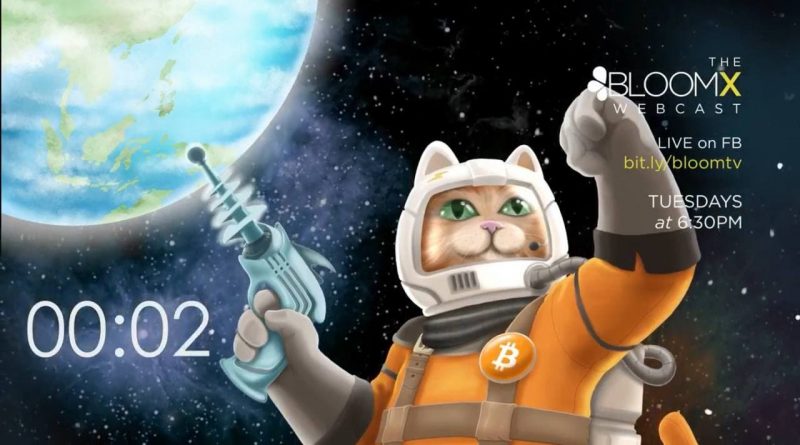 February 1, 2021 — Bloomcast is a weekly web show by BSP-licensed virtual asset service provider BloomX where its host Luis Buenaventura, Ramon Tayag, and Justin David, together with Tagcash’s Mark Vernon invite local crypto personalities to discuss the important news and developments in the industry for the week. Today’s guest is Gabby Dizon of Yield Guild Games.

BloomCast episode 38, and the second episode for 2021 aired on January 26, 2021. Luis Buenaventura showed on the screen BitPinas’ Monday Market post, which discussed the news for the previous week. (Thanks!) This article is meant to provide a few highlights from the show.

(Note that anything pertaining to price predictions is not investment advice.)

Every week, the show’s hosts and guests will try to guess the price of Bitcoin the next time Bloomcast goes live. While they try to make rational price predictions, of course, most of the time these predictions are not based on anything and are more “gut feel”. Just for fun.

Luis was way off last week since he said $47,000. I think we should trade Bitcoin against their price predictions?

Luis said even when the Bitcoin price went down, one could tell that the money is still in crypto, but we’re seeing an exit. Justin noted the futures expiry options last Friday

Onward to the bets:

Mark Vernon: $34k. I think we’re still in consolidation mode. (He mentioned if the tax season might have an effect, but the others said it’s probably already booked in.)

(AGAIN. NONE OF THE ABOVE ARE NOT INVESTMENT ADVICE.)

Ramon said there were reports that Asia is still bearish on Bitcoin. Gabby said that’s the general narrative on Crypto Twitter because of the times when price goes up and down, but he thinks it’s more about where the majority of the Bitcoins are being mined (Asia). (Remember that miners are perpetual sellers in the Bitcoin ecosystem.)

Gabby: January has been very good for Ethereum, yield farming, and Defi. If you are not super aggressive with your leverage, you are still significantly up vs. the start of the year.

Luis: At the start of the year, were you thinking that the ETH price will go to $1,000?

Gabby: Not really, I was more prepared for a slow grind up. I’ve been in the space long enough to know that when Bitcoin surged, you kind of just need to wait patiently because ETH will follow. At some point in the future, I think they will decouple eventually as the system matures.

Essentially, when BTC goes up and crazy, he said one can wait patiently for ETH and the rest of the ecosystem to follow.

Onwards to the price bet:

Everyone believes no breaking of all-time high this week.

The story: Craig Wright, who claims he is Satoshi Nakamoto, is claiming copyright ownership of the Bitcoin whitepaper and asking websites like Bitcoincore.org to take it down. The website took it down but many others, including the city of Miami hosted the whitepaper.

The question is should anyone in the community have to bear the legal brunt of a seemingly senseless lawsuit. Luis said at the end of the day, even if the lawsuit is senseless, you still need to pay the lawyers, etc, which makes the lawsuit expensive.

Mark said Craig is not Satoshi.

Mark: He’s such a pain. Anyone who knows anything about this knows he can’t be the original Satoshi Nakamoto because of the way he’s doing it.

The story: There was misreporting on Bitcoin double-spend, which really did not happen.

The cast discussed how many confirmations one thinks is enough to say the Bitcoin transaction has been done. The general consensus is 6 confirmations. But it could vary. If you are selling coffee, maybe don’t wait for confirmations, or maybe just 1.

Ramon: If you’re selling a phone, wait for 1, for TV’s 2. If you are selling a jet, maybe wait for the full 6 confirmations.

Luis did a Bitcoin 101: “Bitcoin transactions are atomic. When you send BTC and from your wallet it shows zero confirmations, it means the BTC is still in your wallet. The Bitcoin walllet might display that the balance has been deducted but that’s only to make the person stop from sending another one (because they might think he wasn’t able to send when he already did.)”

Luis: He entitled his creation “The best I can do.” (It’s basically doodle on a post-it note.)

Gabby said the artwork was released on Nifty Gateway owned by Gemini (Winklevoss.) “Nifty Gateway has been great in doing crossovers between a real-world cultural icon and then getting them to mint first NFTs. (They were able to get Beeple, a famous digital artist, his NFT sold $2 million.)”

The topic turns to whether this is really art.

Gabby: For a lot of people, this is not something they would call art. But actually this is not an NFT question, it’s not even a crypto art question. It’s actually an art question. If you look at a lot of contemporary art, going back to last year’s “Banana on a wall.” Context:

“Art was been meant to shock and a lot of it is based on two things: 1) Who is doing the selling. 2) Who actually made it. IF I would create this (Justin Roland’s art), and there’s a fair chance that I could actually do it. I don’t expect it to sell to even 1% of how much Roland sold it.”

“It really gives you the question of what is art. Because it is an NFT and on chain, you can at least have a fair amount of provenance that proves that the art is made by Roland, which I assume is what the buyer really cares about.”

Mark basically said XRP is a security because of the way it was set up. And that since PH SEC laws are patterned after U.S. securities laws, there’s a chance that the local SEC might formulate the same view around XRP. This is the same view as Bexpro’s blockchain lawyer Rafael Padilla.

The story: Yield Guild Games has partnered with League of Kingdoms.

But first what is YGG?

Gabby: YGG is a play-to-earn guild. It’s a gaming guild that gathers people from around the world so that they can earn crypto by playing games with blockchain-based economies.

He said YGG’s first efforts were around Axie Infinity but they scouted other games that can create yield for the players.

League of Kingdoms is a strategy game similar to Clash Royale. The player’s land can basically earn DAI (which is pegged to $1.) YGG bought over a million pesos of Land on League of Kingdoms that the players will develop. The land is housed in YGG’s wallet that is co-owned with the guild members.

“We’re going to be issuing them tokens that represent a fractional share of that land.”

Mark: (Who appears very impressed with the idea.) So it’s like a cooperative?

Gabby: YGG is basically a cooperative. We want to turn gamers into investors. We look for games with promising economies, we do the upfront investment but players come in to help develop the land because without them we don’t get the rewards, and they got a share.

Luis said Gabby had always wanted to invest in land, and then here it is, just digitally.

Luis ended the show with the weekly raffle and that he was sure Yield Guild will be back on Bloomcast by February. Mark Vernon said he has something to announce next week.

[…] Dizon of Yield Guild Games, also a crypto art collector, said the above selling for $1.65 million is not an NFT question, not even a crypto art question, but […]

[…] Dizon of Yield Guild Games, also a crypto art collector, said the above selling for $1.65 million is not an NFT question, not even a crypto art question, but […]

[…] Here you will find 50654 additional Info to that Topic: bitpinas.com/feature/bloomcast-2021-ep-2-recap-bitcoin-double-spend-hoax-crypto-art-and-ygg/ […]

[…] Info on that Topic: bitpinas.com/feature/bloomcast-2021-ep-2-recap-bitcoin-double-spend-hoax-crypto-art-and-ygg/ […]

[…] Read More on that Topic: bitpinas.com/feature/bloomcast-2021-ep-2-recap-bitcoin-double-spend-hoax-crypto-art-and-ygg/ […]

[…] There you will find 71621 more Info on that Topic: bitpinas.com/feature/bloomcast-2021-ep-2-recap-bitcoin-double-spend-hoax-crypto-art-and-ygg/ […] 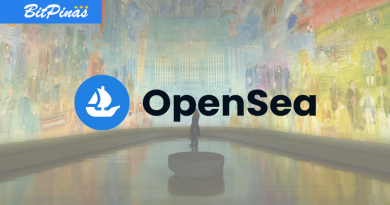 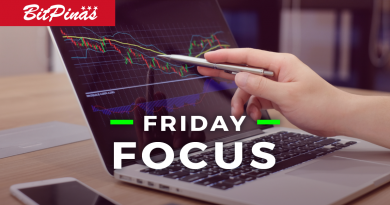 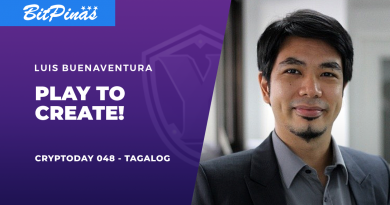 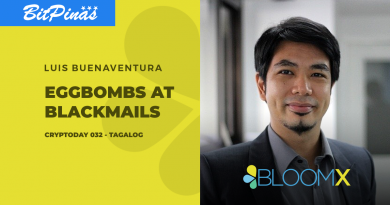