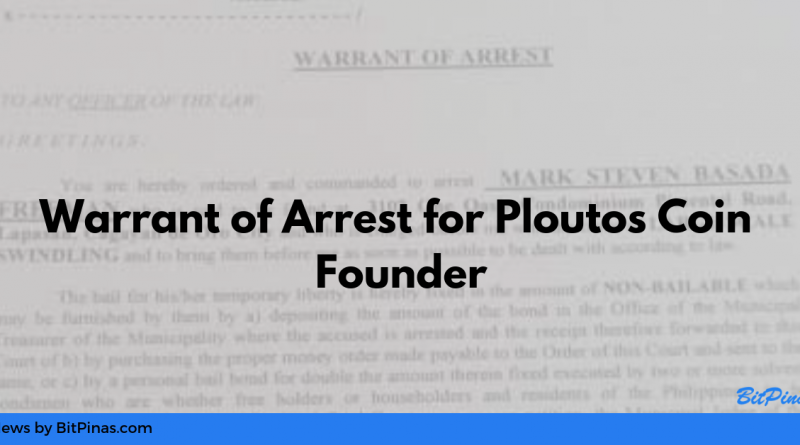 February 26, 2019 – Authorities have issued a warrant of arrest against Mark Steven Freeman, founder of the investment scheme called “Freedom Traders Club” and behind the coin called “Ploutos Coin”.

Mr. Freeman is charged with “large scale swindling” behind the firm that lures investors to put money in the “cryptocurrency” called “Ploutos Coin”. The warrant, dated February 12, 2019, was released last February 20, 2019. The offense is non-bailable.

Victims of Mr. Freeman, which includes Police Superintendent Henry Cay-as welcomed this news but also said they have been waiting for a warrant since December 2018. He, along with other police officers and teachers in Misamis Oriental had been lured by Mr. Freeman’s promise of huge return-on-investment.

Information gathered by the Securities and Exchange Commission (SEC) revealed the following about Freedom Traders Club and Ploutos Coin:

Mr. Freeman said his business operates legally because his company is registered with the SEC. The commission, however, corrected that said registration does not permit Freedom Traders Club and Mr. Freeman to solicit investment from the public.

The Philippines’ Cagayan Economic Zone Authority (CEZA) issued its own advisory after Mr. Freeman and agents of Freedom Traders Club circulated a photo-op of Mr. Freeman with Sec. Raul S. Lambino of CEZA. According to the CEZA advisory, the photos were misleading people to think that an agreement was made between the Freedom Traders and the government corporation. Mr. Freeman also said they applied for an offshore crypto license, which is not possible, given that no Filipino, Filipino company, or Philippine resident can apply for CEZA’s offshore crypto licenses. (Read More: Philippines CEZA Clarifies: No License For Ploutos Coin)

Media website Davao Today revealed that police officers serving the warrant arrest did not find Mr. Freeman at his last known location. If they still cannot deliver the warrant, the officers will ask the court to issue a warrant that will allow them to arrest him any time. Also, if Mr. Freeman has already gone abroad, local authorities will seek the help of international law enforcement agencies to locate him. Meanwhile, Mr. Freeman’s victims are urging him to come out and face the charges filed.

[…] Read More to that Topic: bitpinas.com/news/warrant-arrest-issued-ploutos-coin-founder-2/ […]

The Philippine Statistics Authority said it has granted the Bangko Sentral ng Pilipinas to conduct the 2019 Financial Inclusion Survey (FIS) on January 8, 2020 in partnership with The Nielsen Company Philippines, Inc. 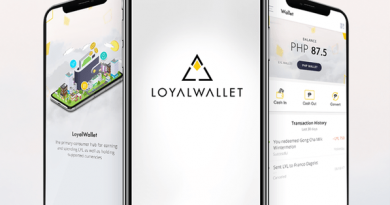 The LoyalCoin Wallet is getting a complete revamp this October 2018 with more robust security features and cash in and cash out options.

In combatting not only the coronavirus and the cascading misinformation, companies are turning to Blockchain technology in order to make “trust” an aforementioned factor.