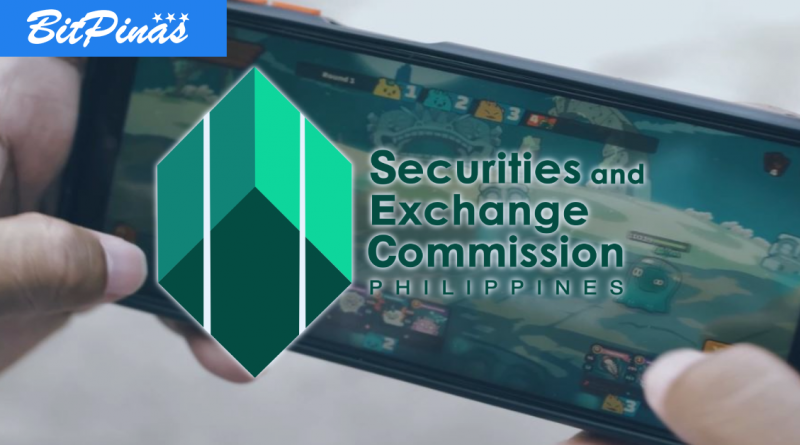 The Securities and Exchange Commission (SEC) confirmed that it has received inquiries regarding play-to-earn games like Axie Infinity and revealed they are investigating it.

“This has been a topic of discussion within the PhiliFintech Innovation Office (PIO),” the SEC told Manila Bulletin, before adding, “We are currently investigating regulatory touch points and studying its economic impact and risk exposure to Filipinos.”

SEC said it is reminding the public to remain “vigilant, if not, avoid transacting with entities without any primary registration or licenses to do business in the Philippines in order to avoid losing their hard-earned money.” The Commission also reiterated that it has jurisdiction over digital assets if those digital assets are classified as securities. Virtual currencies may fall under securities, the Commission said further, and if it does, as per the Securities and Regulation Code, their issuers must register.

Finally, SEC said it will continue to inform the public about dangerous investment schemes and scams through public advisories available on the SEC website, its social media pages, and sent to the media.

The news reached Aleksander Larsen, the co-foudner of Axie Infinity, who tweeted:

Axie Infinity has been in the news lately in the Philippine mainstream media after reports about Filipinos who lost their jobs have effectively survived the pandemic by playing the game.

According to an estimation from Luis Buenaventura II, the co-founder of BloomX, which is one of the licensed virtual currency exchanges in the country, earnings of roughly Php 2 billion are remitted to the Philippines by players making money through the game. That figure, he said, is the average amount of remittance sent by OFWS in Hong Kong. He added that while these OFWs in Hong Kong may be living in unbearable living conditions, the Axie players are earning by playing “from their bedrooms 3-4 hours a day, and making 4x as much.”

In a separate report, Department of Finance Undersecretary Antonette Tionko said income from games are subject to income tax. Tionko also noted that Sky Mavis’ income derived from sources in the country “should be covered by local taxes,” “That is one of the things that we hopefully capture once we have that system of registration for non-residents. It’s not in the Philippines, but certainly whoever earns currency from it, you should report it,” Tiono said, while reminding the public that all money-earning schemes are taxable.

“Remember the principle of taxation, it’s a flow of wealth,” Tiono said.

In an earlier report, BSP Deputy Director of Payments System Oversight confirmed that the central bank is “monitoring” the highly popular NFT game called Axie Infinity. The report also said the BSP currently has no specific guidance about the game, but it reminded the public to only transact with registered entities.

An episode of popular program Kapuso Mo, Jessica Soho focused on the rewards and risks involved in playing Axie Infinity.

A documentary released last May revealed how a rural Filipno town was able to earn a living and survived the pandemic by playing Axie Infinity.

This article is published on BitPinas: SEC is Investigating Regulatory Touchpoints Regarding Axie Infinity

[…] This article is published on BitPinas: SEC is Investigating Regulatory Touchpoints Regarding Axie Infinity […]

[…] This article is published on BitPinas: SEC is Investigating Regulatory Touchpoints Regarding Axie Infinity […]

[…] This text is printed on BitPinas: SEC is Investigating Regulatory Touchpoints Regarding Axie Infinity […]

Learn the basics and ‘Play to Earn’ mechanics of playing Axie Infinity in this complete guide article.

The first inter-scholarship tournament organized by BlockchainSpace has recently wrapped-up.