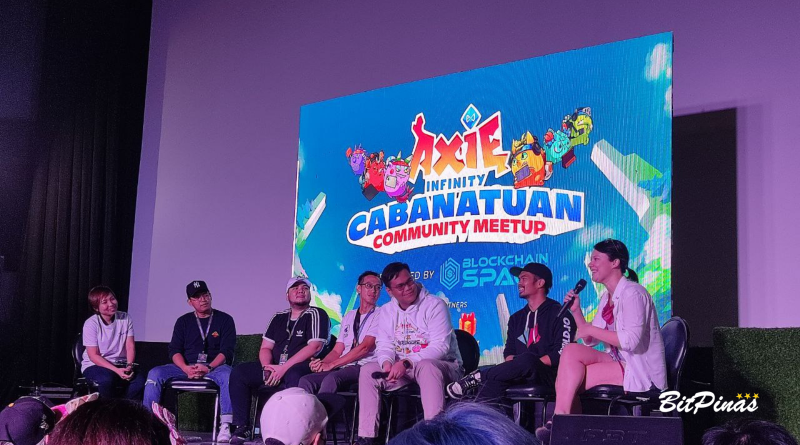 “#CabsyCon was so special, and I’m sure all those who joined us live will not easily forget this day. Already looking forward to the next ones!”

Cabanatuan was chosen as the event’s location because it is the symbolic birthplace of the Axie Infinity not only in the country but probably worldwide as well. Also, it is known as the Axie Capital of the Philippines. (Read more on: This Documentary Perfectly Captures the Play-to-Earn Phenomenon in the Philippines)

CabsyCon was attended by over 600 individuals, 146 players from 76 guilds of them battled for the 3030 Axie Infinity Shards (AXS) or approximately  ₱1.9 million in fiat.

While players are competing to reach the finals, the event participants were entertained with the funny banters and giveaways, including shirts, hoodies, and even tickets to the upcoming Philippine Web3 Festival, from Axie streamers and pioneers KookooCrypto and Spraky.

After the lunch break, Axie Infinity co-founder Jeffrey “Jihoz” Zirlin extended his appreciation to the Axie Infinity Cabanatuan Community and expressed that the city is a “very special place” for the game. Jihoz will be coming to the Philippines as a speaker for the upcoming  Philippine Web3 Festival. (Read more: Axie Infinity’s Jihoz, YGG’s Gabby Dizon, and more to Star PH WEB3 Festival)

Aside from the fun activities during the first-ever Axie Infinity Cabanatuan Community Meetup (CabsyCon), the event also features a fireside chat with prominent personalities in the Axie Infinity scene in the Philippines.

The members of the panel are; one of the first Axie Infinity streamers KookooCrypto (Yield Guild Games & Level Up Guild), Lucas Low of Limitless Guild, Sky Mavis Philippines Lead Nix Eniego, Gerb Reign Inajada of MVP guild, Spraky one of the co-founders of Axie University and spearheader of the Axie craze in Cabanatuan (YGG), and Emfarsis’ Leah Callon-Butler. The moderator for the fireside chat was Jen Bilango, the General Manager of the guild hub BlockchainSpace.

The speakers shared their origin story of entering the world of Axie Infinity. Most of them credited their discovery of the game to Leah’s Coindesk article about how the residents in Cabanatuan are earning through Axie Infinity amid the pandemic—it was later on turned into a documentary. (Read more: Behind the Axie Infinity Docu: Emfarsis Discusses How to Bring Play-to-Earn Stories to Life)

KookooCrypto, being one of the first streamers of the game, shared that he never intended to be a streamer or a vlogger. To him, his intention when he started doing videos was just to help inform his fellow players because even then there were scammers and others that take advantage of the vulnerability of someone. His Axie onboarding story was previously featured in content creator Nas Daily’s second episode of Crypto Week. (Read more: Nas Daily Features Kookoo Crypto TV’s Crypto Journey)

Meanwhile, Spraky, the founder of Axie University and a member of the Yield Guild games, stated that they started giving out scholarships to help their friends and neighbors get by during the pandemic. In his guesting in an episode of BitPinas webcast last December, he revealed that Axie Infinity was a big hit in the city and everyone was aware of the game.

In February, he officially became a part of Sky Mavis and the Axie Infinity development team. He called his appointment an opportunity to “fully support the expansion of Axie Infinity in the Philippines.” (Read more: Nix Eniego – Sky Mavis’ New PH Lead – Shares Crypto Journey in BitPinas Webcast)

In a mini segment featuring the PH lead, Enego shared a few leaks with the event participants.

For the highlights of CabsyCon, the quarter-finals up to the grand finals were broadcasted live for the attendees to spectate. It was shoutcasted live by Axie Infinity Streamers VMiguel and Pareng JP.

In the end, a scholar from Cavite, Christian Panganiban (Chan5539) from Method Meta Guild, was hailed as the first-ever Champion of CabsyCon. A lucky event attendee also won a part of the prize pool by just having a Loot box ticket with Chan’s name.

“It was very fun seeing people I only know online (in real life). Definitely very memorable for me being able to grab the win on the first Axie Infinity LAN tournament I joined. GGs to everyone who competed,” the champion wrote in a tweet.

Apart from the prize pool winnings, the top eight players in the tournament also received a badge from the event organizers, Sky Mavis and BlockchainSpace.

However, CabsyCon didn’t just end there. The next morning after the tournament, the people behind the event extended their Cabanatuan journey even further by conducting an outreach program for the families affected by the recent typhoon that passed through the region. 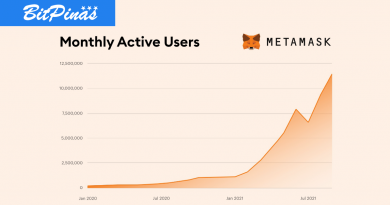 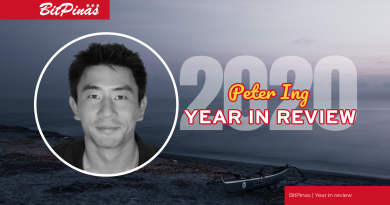 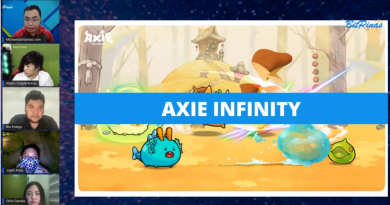 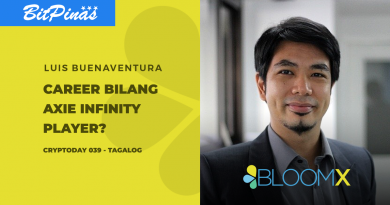 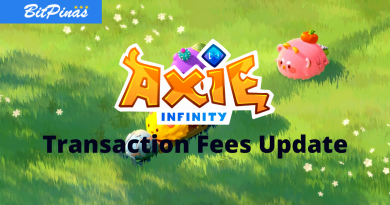