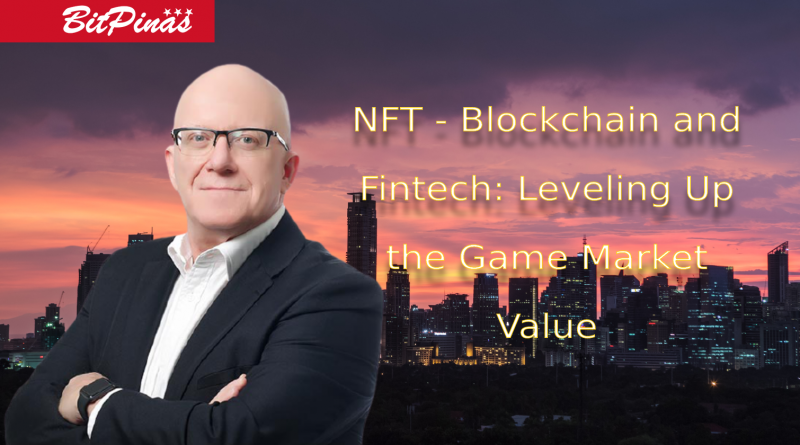 Playing video games has evolved over the years. There was a time in the when gaming at home was a “Plug and Play” experience where you sit down, power up your home console and play through the session.

In the days prior to the age of the internet-connected gaming, any of the historic console video games such as the Odyssey, Atari, Sega Genesis, the NES and Playstation had a market lifecycle consisting of “One and Done” sales of (1) the console itself and the (2) games disk and other peripherals. But with the advent of the internet, the internet-connected gaming heightened the experience for gamers and it also diversified the economy behind gaming through micro-transactions and add-ons known as the Downloadable-Content aka “DLC”. Interestingly, the internet age has exponentially increased the revenue of the video games industry into a multi-billion industry and the market valuation of games development companies through the stock market.

With the advent of Blockchain and Fintech, the gaming industry will once again make a leap from value-added content that a player owns to an age where digital assets will become valuable in terms of real-life market value. In combining Blockchain technology and applications of fintech, Non-Fungible Tokens (NFT) is rapidly gaining steam in terms of valuation, trading and profit from cryptocurrency.

A Brief History of Gaming

First we’ll make a short walk-through of the video game evolution in the market.

1970 to Mid-90s – This is the age where video games were simply a plug and play experience for gamers and for the developers, the sale was mainly about their games and the primary consoles at that time: Odyssey, Atari, NES, Sega Genesis and Playstation. In the late 80s and mid-90s, even gaming in the Personal Computer were primarily DOS-based and having an internet connection was not necessary.

Late 90s and Mid 2000s – This is the time where internet-connectivity was being utilized to support the gaming experience with the following functions:

Late 2000s and Mid 2010s – This is the time when even consoles where internet connected, console marketplaces became a reality and where console gamers are able to do match-making through the cloud infrastructure on converged networks.

Late 2010s and today – This is the time where mobile gaming took off with each mobile games come with their respective economies in terms of micro-transactions.

The Evolving Medium of Gaming

Nowadays, gaming is a multi-billion industry across PC and Consoles. The rapid growth and maturity of mobile phone gaming also took the industry by storm and altered the development plans of many games developer companies.

The most common approach is to offer “Free to Play” games across mobile and other platforms. With a title being free to play, it incentivises players to try games out of the market. The built-in purchases within the apps in the form of premium currencies and other digital assets such as premium access and virtual rarities is the avenue where these “free to play” games make money. The habitual purchase and built-in incentives as added value are what keeps players spending.

At this point in time, almost all games whether free to play or games having the market distinction of being Triple A have either the following:

The aforementioned features are what allow games to have their own in-game economy and those optional purchases further expands the sales lifecycle of video game titles.

Blockchain and Fintech in Gaming

In the 2020s, the trajectory of gaming is rosey despite the pandemic. The major platforms of Steam, Playstation and Microsoft posted more than 100% growth revenue despite the economic downturn due to the lockdowns under the pandemic. As people were stuck at home, video games became the number one source of entertainment for children, young adults and the adult market. Gaming posted a great revenue year in 2020 and 2021 further emboldens their initiative to continue building in-game economies across video games titles.

Fintech – The multi-billion dollar industry of gaming have become more accessible where players can spend on games and their micro-transactions through a debit card. These debit card payments are processed under third party payment processors such as paypal. Over the years, video game companies have extended their partnerships with digital wallets, cross-border payments and other online payment platforms to make in-game purchases more accessible by offering  more ways to pay.

Today, the average Filipino gamer that plays Mobile Legends, League of Legends, Valorant, Genshin Impact etc., can make in-app purchases through their debit card, their G-Cash or Paymaya or top up credits through 7-11 or other convenience stores.

Blockchain – Blockchain is a disruptive force in business and is opening up new markets as businesses are able to reimagine commerce. The same can also be applied to the gaming industry where Blockchain is at the forefront of disruption where gaming is now a multiple experience encompassing sandbox environments, collecting mechanics and its marketplace.

Non-Fungible Tokens are a product of Blockchain’s decentralized way of record-keeping and using cryptocurrency’s assertion on value and ownership, digital assets and collections are increasingly becoming the next frontier on market collectibles, trading and valuation across art and tokenized media.

When we combine NFT and the Gaming & Collectible experience, a unique economy on ownership and universally recognized value is fostered through stake on ownership. The first example is Cryptokitties where gaming sessions, collecting and marketplace buying and selling is part of the overall experience. Based on Blockchain, Cryptokitties allows players to play mini-games, participate on community activities, unlock traits for their cats and breed their cats to sire new kittens where they are generated through a smart distributed ledger gene sequences. The best breed become top tier and will fetch the best value on the marketplace.

Another example is the NBA Top Shot, a trading, collectible and marketplace platform that was the fruit of the collaboration between the National Basketball Association (NBA) and Dapper Labs. Built on Blockchain, it reimagines the NBA trading card game into the decentralized marketplace where you purchase, trade or sell NBA Highlight Cards featuring the best plays across the league. Ownership and security is based around the distributed ledger of custodianship of cryptocurrency as each highlights card is asserted into your ownership – until you either trade it or sell it. To date, there has been a record set worth $1.3 Million in Top Shot’s marketplace from last month.

Blockchain, Cryptocurrency, NFT and Fintech are taking systems of games-generated virtual assets into the collectibles market and re-asserts a real-life value basing on custodianship or ownership. By building it on Blockchain and decentralized exchanges, platforms such as NBA Top Shot heightens security by assuring participants that their most prized cards are secured under their name through a public custodian registry – making it secured against hacking or forced transfers.

Gaming is also being transformed by nascent technologies. The video games of today and tomorrow is now described as a collective-shared-experience where players are no longer just restricted to plug and play, but are now able to share their experiences, expand their collection and be able to partake on the in-game economies of trading, purchase and digital ownership.

This article is published on BitPinas: NFT – Blockchain and Fintech: Leveling Up the Game Market Value

NFT - Blockchain and Fintech: Leveling Up the Recreation Market Worth - Crypto Currency Blog

[…] This text is printed on BitPinas: NFT – Blockchain and Fintech: Leveling Up the Game Market Value […]

[…] This article is published on BitPinas: NFT – Blockchain and Fintech: Leveling Up the Game Market Value […]

NFT – Blockchain and Fintech: Leveling Up the Game Market Value |

[…] Find More to that Topic: bitpinas.com/feature/nft-blockchain-and-fintech-leveling-up-the-game-market-value/ […]

[…] Information on that Topic: bitpinas.com/feature/nft-blockchain-and-fintech-leveling-up-the-game-market-value/ […]

[…] Information on that Topic: bitpinas.com/feature/nft-blockchain-and-fintech-leveling-up-the-game-market-value/ […]

[…] Information to that Topic: bitpinas.com/feature/nft-blockchain-and-fintech-leveling-up-the-game-market-value/ […] 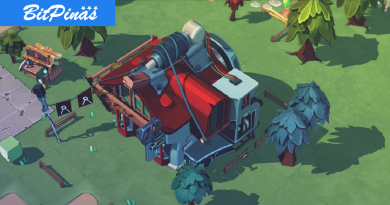 Ember Sword at the Final Stage of Community Land Sale 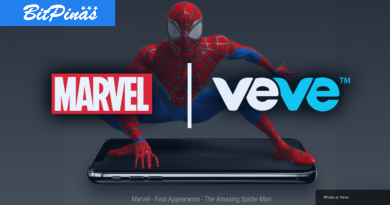 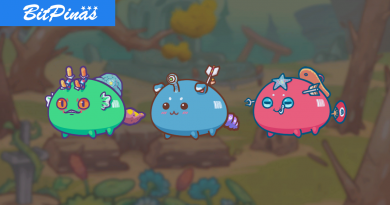 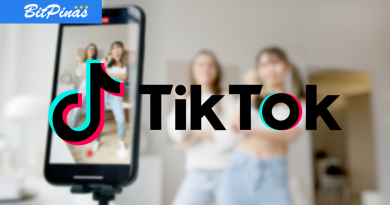