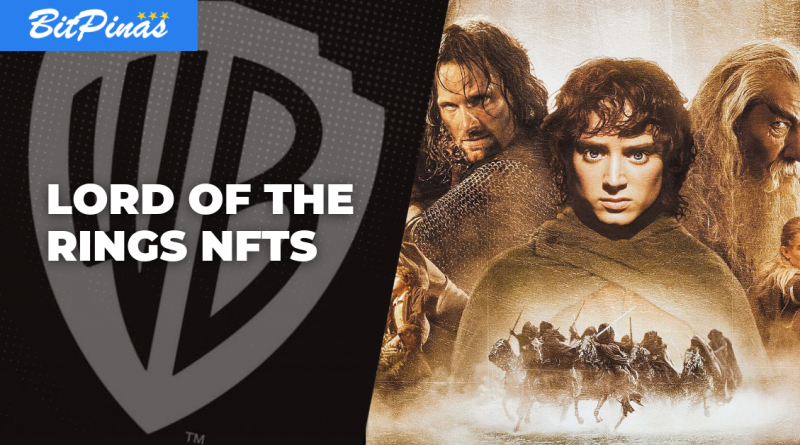 American film and entertainment studio Warner Bros. is also riding the non-fungible token (NFT) wave by announcing that they will be releasing an NFT collection to be included in the extended edition of Lord of the Rings: The Fellowship of the Ring; additional content not found in the DVD version is to be added.

The Lord of the Rings NFTs are hosted on the media-focused Eluvio blockchain, a blockchain explicitly built for NFTs that provide exclusive media content, and are compatible with the Ethereum blockchain and its decentralized application (dApp) ecosystems.

Accordingly, the collection will provide a version of the film in 4K UHD, along with over eight hours of special features, hundreds of images, and hidden AR collectibles.

It will also have additional content, including three explorable locations (The Shire, Rivendell, and the Mines of Moria) with location-specific artwork and behind-the-scenes image galleries exclusive to the token collection. The Mystery Edition offers one of the three locations chosen at random, while the Epic Edition comes with all three.

ABS-CBN’s singing competition Idol Philippines also launched its own collection to “allow our audience to experience ‘Idol Philippines’ in a new, fun, and exciting manner as we work towards innovating the way viewers connect with the show.” (Read more: TV Show Idol Philippines to Launch Own NFTs)