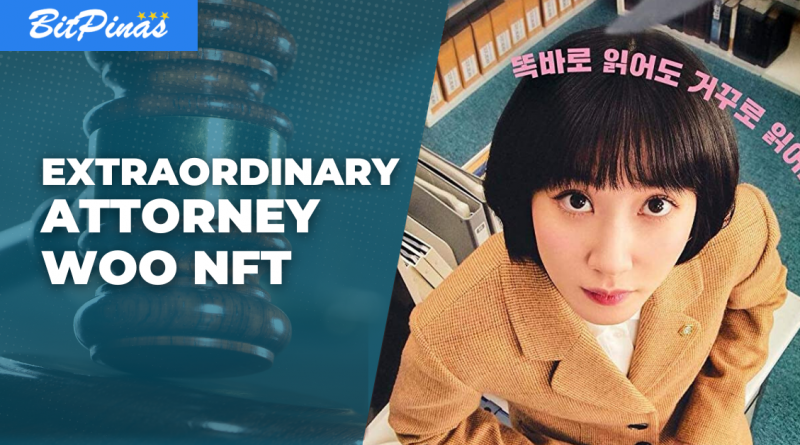 The production team–AIMC, a subsidiary of Korean drama production firm Astory and producers behind the ongoing hit Netflix k-drama Extraordinary Attorney Woo– has teamed up with Polygon blockchain to build a non-fungible token (NFT) community “Extraordinary Whales Club”. The NFT drop and community aim to advocate for awareness of autism spectrum disorder (ASD).

Aside from the NFTs of Extraordinary Attorney Woo, the team behind it disclosed that there are also plans to create a Decentralized Autonomous Organization (DAO) and raise charity funds to support and improve ASD communities.

Consequently, they noted that the DAO has huge potential to offer a change in the world and make a difference in people’s lives whilst raising public awareness about ASD.

To bring the project to life, web3 and NFT companies are working with AIMC including the Web3 community platform CIETY and W2E (Watch-to-Earn) NFT project SCREENA.

According to the team, these web3 entities will assist in several key areas like NFT mining, NFT marketplace development and community management.

Moreover, the blockchain-focused Venture Capital Hashed is also working on the project by offering advisory services and participating in the charity.

Who is Attorney Woo?

The drama is the life story of Woo Young-Woo, a high-functioning lawyer on the autism spectrum. In the show, Woo has a fixation on whales–the main theme of the NFTs– and the animals which serves as a visual cue for the character.

“The show’s protagonist, Woo Young-Woo, an autistic lawyer, gives hope and courage to millions worldwide. It is none other than the many whales that always give strength, courage, and sometimes flashing ideas to Woo Young-Woo’s difficult life. We are preparing the Extraordinary Whale Club NFT to support Woo Young-Woo’s fans worldwide and to give courage and hope to many others affected by ASD”, –Han Se-min, AIMC CEO

Last year, Hybe, the company behind BTS, announced that it will be launching new pop acts and investing in NFTs as it partnered with South Korea’s top cryptocurrency exchange operator Dunamu to establish a joint venture to explore the NFT market. (Read more: BTS NFTs Coming Soon Thanks to Agency Collab with Korean Crypto Exchange)

Binance also had a partnership with K-pop label YG Entertainment which aims to aid the entertainment company as it ventures into the NFT space. YG is the company behind popular girl group BlackPink. (Read more: YG Entertainment Partners with Binance to Venture in NFTs)

Korean gaming company Gravity, the developers of MMORPG game Ragnarok, also collaborated with The Sandbox, a virtual world developer, to bring the popular game into the metaverse. (Read more: Ragnarok Developer Taps The Sandbox to Bring the Game into the Metaverse)