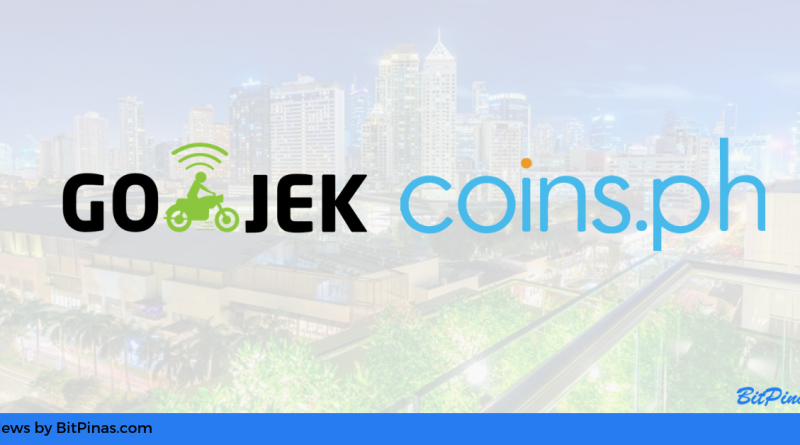 January 18, 2019. Go-Jek, a multi-service platform based in Indonesia has announced its acquisition of “substantial shares” in blockchain company and mobile wallet service Coins.ph in the Philippines. This strategic partnership will also see Coins partnering with Go-Jek’s GO-PAY platform for cashless payments.

Coins.ph, the mobile peso and cryptocurrency wallet in the Philippines allows users to store digital money (digital peso) as well as a number of cryptocurrency including bitcoin, ether, and bitcoin cash. Through the app, users are able to send and receive money, and use that money to pay for various things like bills, mobile load, electricity, etc. A user can simply cash in from locations like 7-eleven and then send it to another user’s Coins.ph app. The receiver can then cash out using various outlets like Security Bank and Palawan Pawnshop. In mid-2018, Coins revealed it already has 5 million users. Previously, it has included XRP (Ripple) in its app and has enabled users to cash in via Palawan Pawnshops.

Go-Jek is a multi-service platform from Indonesia that allows users to hail a ride, pay bills, and get food delivered all within its app. Go-Jek is primarily known as a transportation service similar to Grab. GO-PAY is Go-Jek’s payment platform. A user topping up their Go-Pay fund will enable them to use that fund to pay for their ride, bills or delivery. Go-Jek claims that 50% of transactions in the Go-Jek app are now done cashless through Go-Pay.

In a statement, Go-Pay said it strives to bring greater financial service access in the Philippines by combining its tech expertise, scalability, and experience in Indonesia with Coins.ph’ deep local knowledge and strong customer loyalty. The project is also aligned to the Philippines’ target to increase digital transactions in the country to 20% by 2020.

We highlight three important stories of the last 24 hours today. An about face from Goldman, Yearn founder’s rant, and the continued disastrous after-effects of the Ledger database hack.