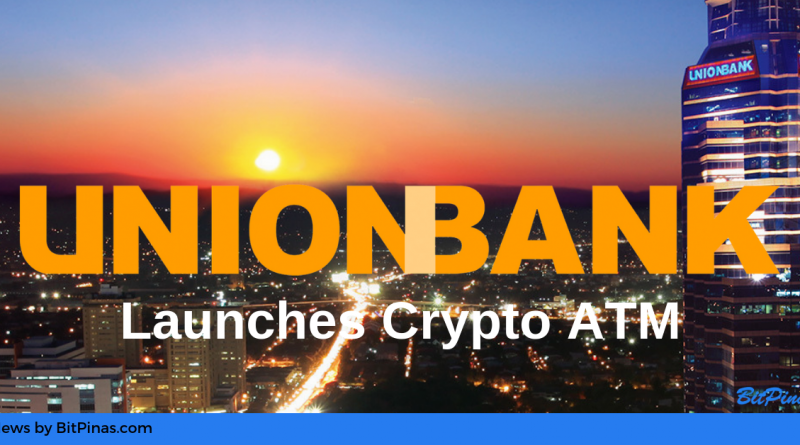 UnionBank said this cryptocurrency ATM offering is in line will all applicable regulations, particularly the ones set by the Philippine Central Bank (Bangko Sentral ng Pilipinas – BSP).

In 2017, the BSP released Circular 944 which sets guidelines for virtual currency exchanges in the Philippines. Primarily, it covers the “conversion of fiat to crypto and vice versa” and does not cover order book style exchanges, where rates are set by the market participants. The circular also requires companies dealing with crypto transactions to register as a “remittance and money transfer company”.

This writer had first seen the Crypto ATM via a photo shared by Mr. Mike Abundo, Chief Technology Officer at Reelmedia.

UnionBank has a reported slip in earnings due to a significant increase in operating expenses as well as changes in operating standards. The bank noted it is making investments in its people and its operation as it prepares for the third phase of its digital transformation.

UnionBank’s Project i2i is an initiative to connect rural banks with each other via blockchain. It is just one of its many projects that aims to use blockchain, with the addition of a blockchain institute to train blockchain developers and a blockchain-based platform for General Circulars (GCs). Last week, it teamed up with IBM in building a blockchain-based solution for reinventing supply chain finance. Announced on IBM’s blog, the cloud-based application is set to transform finance transactions through a permission digital ledger – the “IBM Blockchain Platform”. This solution will be available to all of UnionBank’s customers and partners that want to join the blockchain network.

UnionBank Chairman Justo Ortiz is a founding member of the Blockchain Association of the Philippines.

Is Unionbank the leading bank to adapt using blockchains? Are there any other banks doing as much?

Is Unionbank the leading bank to adapt using blockchains? Are there any other banks doing as much?

[…]check below, are some totally unrelated web-sites to ours, having said that, they’re most trustworthy sources that we use[…]

[…] Read More on on that Topic: bitpinas.com/news/philippines-unionbank-launches-crypto-atm/ […]

We came across a cool web-site that you might take pleasure in. Take a look should you want.

[…]usually posts some pretty interesting stuff like this. If youre new to this site[…]

[…]although internet sites we backlink to below are considerably not related to ours, we really feel they’re in fact really worth a go by means of, so have a look[…]

[…]Every once inside a when we choose blogs that we study. Listed beneath would be the most recent web-sites that we pick out […]

[…]very couple of internet sites that transpire to become in depth below, from our point of view are undoubtedly properly really worth checking out[…]

[…]we came across a cool web site that you simply might love. Take a appear in case you want[…]

[…]very handful of web sites that take place to be detailed below, from our point of view are undoubtedly properly worth checking out[…]

[…]we came across a cool web page that you may well take pleasure in. Take a search should you want[…]

[…]Every once inside a although we opt for blogs that we read. Listed below would be the latest websites that we opt for […]

how to use fake vagina

how to use fake vagina

[…]we prefer to honor numerous other online web-sites on the net, even though they arent linked to us, by linking to them. Below are some webpages really worth checking out[…]

[…]just beneath, are many completely not related web sites to ours, even so, they’re certainly worth going over[…]

[…]usually posts some quite intriguing stuff like this. If you are new to this site[…]

The Philippines’ Securities and Exchange Commission is in the process of creating draft rules for virtual currency exchanges that act as trading platforms. 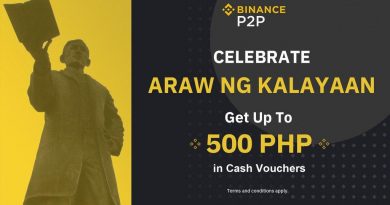 In celebration of Philippine Independence Day, Crypto exchange Binance is granting a cashback of 500 Php for trading on Binance.