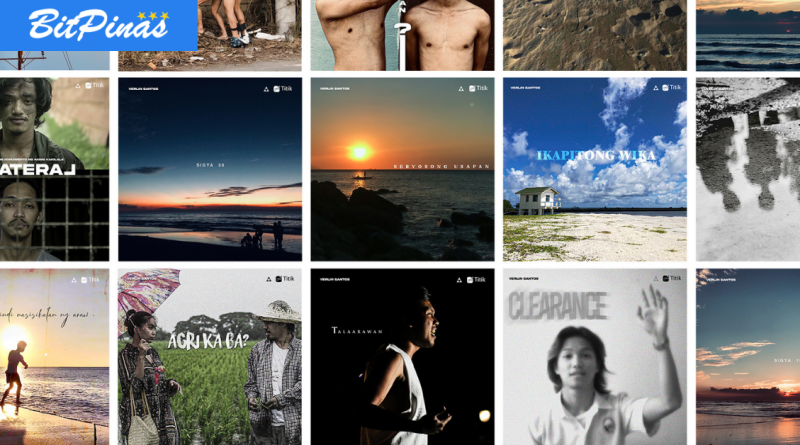 The first part of the album “Konsepto”  contains 9 pieces about inspiration, self-worth, individuality, faith and lessons from experience. While the second half, “Konteksto” will feature 9 spoken word pieces about different social problems that the country is facing right now. Each piece has a floor price of 1 ꜩ (XTZ).

Verlin Santos shared in a tweet what perks the album collectors can get when they purchase pieces from the album.

Collectors that purchased all 17 spoken word pieces will have a lifetime pass in Titik Poetry’s physical and online shows. They will also receive 2 special NFTs together with all the album art covers.

Moreover,17-piece collectors will also receive special discount rates in Titik Production services such as photo-video coverage, spoken word performances, workshops, as well as T-shirts. They will also enjoy a 50% discount in the upcoming music videos of each spoken word piece.

Collectors who either completed Konsepto or Konteksto will  also receive an NFT gift; they will also receive the album art covers for each piece. A 25% discount in the upcoming music videos of each spoken word piece will also be given to them.

Holders who purchased more than one spoken word piece from the album will also get a 10% discount in Titik Poetry’s clothing line.

Lastly, holders who collected the Talaarawan and Dogstyle art cover will get the same perks as the one who completed the album.

In the Philippines, throughout 2021 until now, the growing popularity of NFTs was able to onboard other Filipino personalities and entities onto the digital market.

Recently, the NFTs of the hit Netflix-adapted Filipino Comics “Trese” was launched in NFT marketplace Opensea. The launch was made possible by Kajo Baldisimo, co-creator of the Filipino graphic novel and Luis Buenaventura, one of the Philippines’ first and premier NFT artists and a regular BitPinas contributor as well as with the help of guitarist and designer Marco Palinar for the musical soundscape for each piece. (Read more: Hit Netflix-adapted “TRESE” Comics to Launch NFT Collection)

Entities and personalities such Nadine Lustre, Heart Evangelista, Pia Wurtzbach, Miss Universe Philippines, National Book Development Board (NBDB), Team Manila, La Union Surf Club (LUSC) and Mask on Buttons are among the Filipinos who joined the wave by releasing their own or participating in an NFT project.

Moreover, UnionDigital Bank also announced their plan to venture into the NFT market this year. The announcement was said during the virtual media roundtable E-TalkTales on December 21. (Read more: UnionDigital Bank Eyes Venturing Into NFT)

This article is published on BitPinas: Filipino Titik Poetry Releases Full Album as NFT on the Tezos Blockchain

Kris Lawrence Releases A Song As His First NFT

NFT FAQ: Can I Upload My Selfie as an NFT? | BitPinas

NFT FAQ: Can I Upload My Selfie As An NFT? 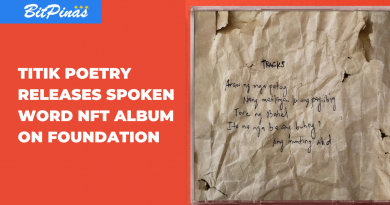 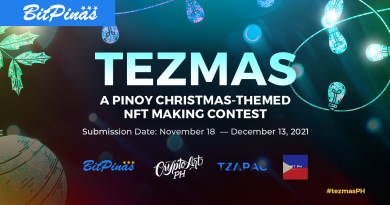 How to Join #tezmasPH Contest – Mint Your NFT From Start to Finish!

How to Join #tezmasPH Contest – Mint Your NFT From Start to Finish!