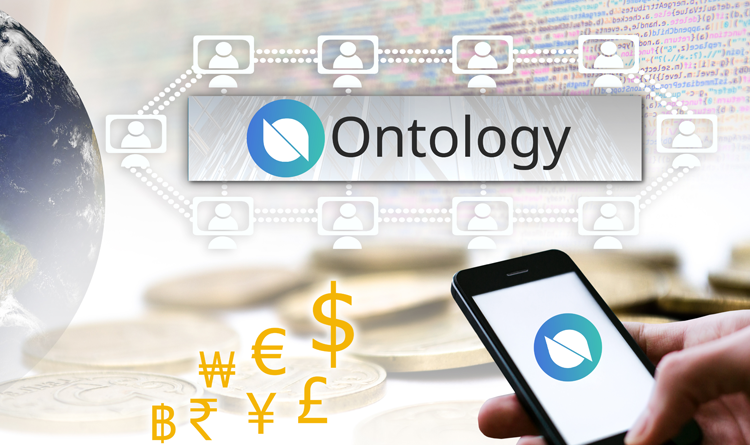 Ontology (ONT) was created by the company called OnChain in 2017. It is a public blockchain project that includes complete distributed ledgers and smart contract systems. In short, it can support dApps and can also provide businesses and companies all over the world a chance to use the blockchain.

In this article, we will teach you how you can purchase Ontology or ONT in the Philippines. As of September 25, 2018, ONT is not directly available in the Philippines, interested parties may use different types of cryptocurrency exchanges in order to get one.

Ontology is a public blockchain project by OnChain. The people behind it are also the same founders of the NEO blockchain. Although the two work closely together, its CEO and also the Co-Founder of NEO, Mr. Da Hongfei stressed that the two are separate entities. He said that the two don’t own each other and are separately funded. He then pointed out that NEO was funded by the community while OnChain was funded by Fosun, a famous financial group in China.

“They are separate. Onchain benefits from the NEO ecosystem. The product, called DNA, is very similar to NEO, but it is written in the Go language. OnChain is helping other blockchains and financial institutions to build their blockchains with DNA. It’s basically very similar to NEO, and in the future, with NEOx (the cross-chain protocol) everything can be linked together.” – Mr. Da Hongfei, CEO, OnChain

Ontology is a way for business and companies of whatever sizes to use the blockchain technology without the need of completely changing their current systems. The team also made using Ontology very easy, thus making it beginner friendly to people who don’t have knowledge on the blockchain.

Since it can also support dApps, it is a direct competitor of Ethereum and NEM.

Where to buy ONT in the Philippines?

Ontology or rather its coin, ONT, is not readily available in the country. Filipinos who want to get their hands on ONT have to purchase it on cryptocurrency exchanges or via online cryptocurrency brokers.

Before using Changelly, make sure you have your BTC funds ready for the exchange. If not, you can purchase directly from the site using a credit card or debit card. Once you’re all good, you can exchange your BTC to ONT, pay the fee, and don’t forget to transfer your ONT to your ONT wallet.

Traditional cryptocurrency exchanges are your open book trading platform. Users can either purchase token using its market price or they can set their own price. These crypto exchanges also have different trading pairs such as ONT/USDT, ONT/BTC, ONT/ETH, ONT/KRW, ONT/BNB, ONT/CKUSD, ONT/IDR, ONT/BIX, and ONT/XRP. For the sake of this article, we will go with the ONT/BTC trading pair.

Kucoin and Binance are just some of the crypto trading platforms that you can use. Using the two usually starts with registering and verifying your email address. After the registration, you can now send your BTC to deposit funds in your account. You will then need to go to exchanges, choose the market price or set your own price. After the trade, make sure to withdraw your ONT to your ONT wallet for safe keeping.

ONT’s official wallet is OWallet. It is a desktop wallet that has three types: individual wallets, shared wallets, and Ledger hardware wallet support.

As mentioned, you can also use a Ledger Hardware Wallet to store your ONT. It looks like a portable wifi device where users just need to plug it in via USB, enter a pin, send currency and confirm. The transactions are made online but after that, it stores your cryptos offline and away from danger.

ONT – Difference from other Coins

Ontology blockchain may be similar to ethereum but it is leaning more on the permissioned blockchain. Since ethereum is open sourced and posts information on a public ledger, Ontology is different. It is ideal for a business that needs to keep some information private.

Currently, ontology has ONT as its cryptocurrency and it is a NEP-5 token that is compatible with the NEO blockchain. NEP-5 token is like ERC-20 of the ethereum blockchain. Once the Ontology MainNet goes live, it will have its own native token called Ontology Gas or ONG. This will make Ontology a dual-token platform.

Ontology is a public blockchain project for big and small businesses and companies that will enable them to use blockchain technology. It works just like ethereum and NEM as it can also support dApps. Once its MainNet goes live, it will have two cryptocurrencies: ONT and ONG. Lastly, Ontology and NEO are not the same entities.

[…] Read More on that Topic: bitpinas.com/cryptocurrency/buy-ontology-coin-philippines/ […]

[…] Read More to that Topic: bitpinas.com/cryptocurrency/buy-ontology-coin-philippines/ […]

[…] Find More to that Topic: bitpinas.com/cryptocurrency/buy-ontology-coin-philippines/ […]

[…] There you will find 64506 additional Info on that Topic: bitpinas.com/cryptocurrency/buy-ontology-coin-philippines/ […]

[…] Find More to that Topic: bitpinas.com/cryptocurrency/buy-ontology-coin-philippines/ […]